After winning the 2020 NACAM F4 championship, Leon brought his talents north to vie for another title and the FR Americas scholarship valued at $230,000. Today Leon got one step closer to his season-long goal, securing pole position in the No. 19 DEForce Racing Ligier by nearly a half of a second ahead of second-place with a fast lap of 1:28.258-seconds. 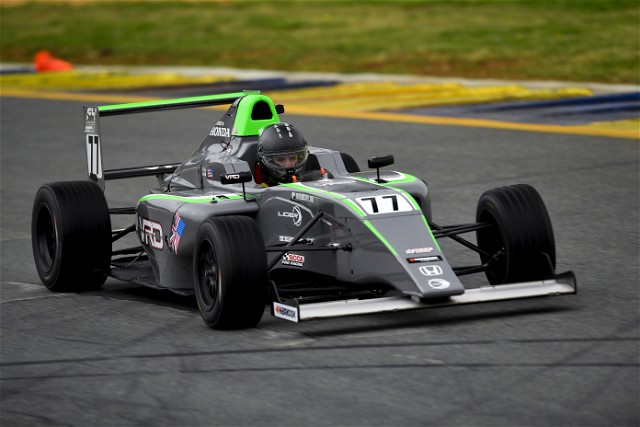 “I really like Road Atlanta, especially now that I got my first career F4 U.S. pole here,” said Leon. “I am so happy for the team, for my family, sponsors and country to get the first pole of the season. We are shooting for a great result tomorrow.”

The Velocity Racing Development duo of Jason Alder of Cookville, Maryland, and Nico Christodoulou of Maple, Ontario, held the top two times early in the session, but a red flag halted qualifying after the No. 22 of Christodoulou made contact with the wall in Turn 1. Christodoulou remained unscathed but was forced to retire the session due to damage. The early flier he set was good enough to give him a top-five start for Saturday’s opening round.

Christodoulou’s teammate Alder continued to build momentum in the No. 77 VRD machine after the track switched back to green. The rookie driver laid down his fastest time (1:28.744-seconds) on the final circuit to secure a front-row start.

“Getting into the top-two in such a heavy field of talent is amazing,” said Alder. “Tomorrow I am going for the win.” 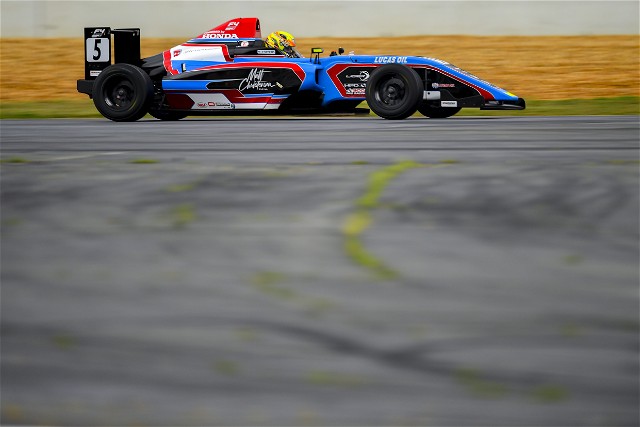 “The red flag kind of held us up, getting caught in some traffic,” explained Christensen. “The car felt great. I really like racing here. Road Atlanta is a really fast track, a really technical track and I love it.”

Saturday morning will kick off the triple-round weekend for the F4 U.S. drivers at Road Atlanta, starting with Race 1 at 10:35 a.m. Eastern followed by Race 2 at 3:25 p.m. Eastern. Sunday will wrap up the weekend with Race 3 scheduled at its new time of 1:30 p.m. Eastern.

The full Atlanta SpeedTour weekend will be live streamed on the SVRA app. Download and Subscribe: https://bit.ly/3fpVysy