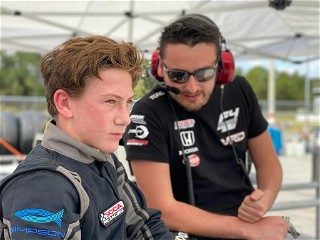 Following the postponement of the Western Championship F4 Winter Series, Simpson from Bushy Park, Barbados will join teammate and fellow rookie Hunter Yeany to kick off his race season in the 2020 Formula 4 United States Championship Powered by Honda.

Team Principle of Speed Concepts Racing Mike Speed said; “We are very excited for Kyffin. He has always showed great skills and a natural ability to adapt. That with near perfect feedback will move him right up the motorsports ladder very quickly. Good luck Kyffin!”

Despite the challenges facing motorsport in recent months, Kyffin has continued to prepare for a busy second half of 2020 with a rigorous fitness program, daily simulator sessions with coaches at Kokoro Performance, and competing iRacing-based esports championships with F4 U.S. peers.

Excited to hit the track at CoTA, Kyffin said, “I’m ready for the next step in my motorsports career and hugely excited to join the F4 United States Championship. The series support from Honda, Ligier and Hankook is massive, making this series my first choice in moving up from karts. Working with Dan Mitchell at VRD and Kieren at Kokoro Performance has been great. I know we have chosen the right team for the challenge ahead.”

VRD Team Manager Dan Mitchell; “It's great to have another young talent join our ever-stronger F4 program. Kyffin works hard and has shown good speed in the recent winter testing, he has a tremendous attitude to working hard and will integrate into our team atmosphere perfectly. We can't wait to get the 2020 season going.” 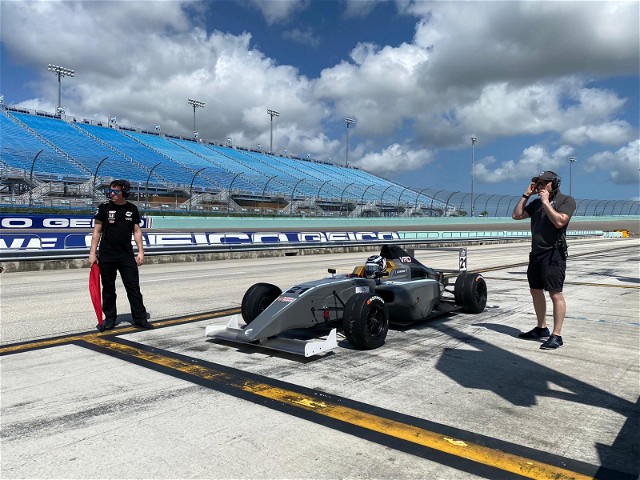 Kieren Clark of Kokoro Performance; “We’re excited to continue working alongside Kyffin as he takes this important step in his racing career. He’s hit every development target so far, exceeding expectations on and away from the track, so we’re confident of a strong showing this season. We’ll take each race as it comes but Kyffin will be pushing for the best results no matter what.”