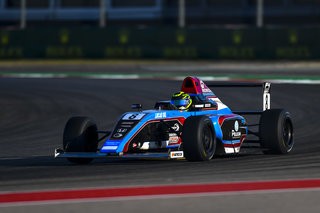 Jay Howard Driver Development (JHDD) is delighted to announce that Nolan Siegel will be joining the team full-time for the 2020 racing season, competing in both the the Formula 4 United States Championship Powered by Honda and the USF2000 Championship. 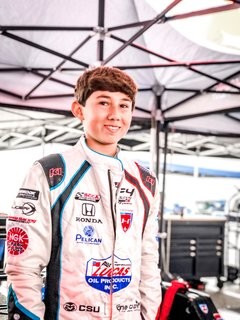 After an extremely competitive outing with the team at the recent COTA F4 US Championship event, Siegel will be making the most of gaining additional seat time by competing in the full schedule of events for 2020, with the aim of maximizing his performances in his sophomore season of USF2000 competition.

Siegel, who was one of the youngest competitors on the Road to Indy throughout the 2019 season, is excited to join the JHDD stable and further his development as much as possible throughout the course of next season.

“I am very happy to be joining Jay Howard Driver Development for the 2020 USF2000 season!” commented the young American. “After our successful weekend together in F4 at COTA, I am confident that we will be able to come away with solid finishes throughout the season. I can’t wait to jump in the car and try out the new colors!”

Team-owner Jay Howard was left impressed by Siegel’s debut with the team at COTA and has no doubts about the amount of potential the 15-year-old possesses.

“I had naturally kept an eye on Nolan (Siegel) over the course of this year, and when we were able to run him at COTA, I was very impressed with his technique and overall approach,” noted Howard. “I am really excited that Nolan and his family have placed their faith in us, and he will strengthen our team chemistry.  We can’t wait to get going with as much seat time as possible next season, and watching his progress is going to be fun and rewarding.”

Siegel and JHDD will return to the track soon for private testing.