“I definitely have the championship set as my goal, and Crosslink/Kiwi Motorsport gives me the best opportunity to do this,” said Car. “I’ve been working very hard on my physical preparation and training hard at the Euroz driver performance simulator. The 2019 season can’t come soon enough.” 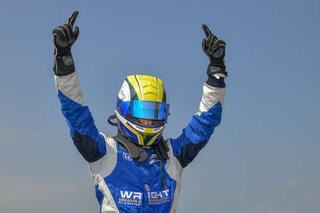 “I am thrilled to have Joshua back for another season of our F4 program’” said Crosslink Racing team principal Patrick Flynn.  “Joshua’s speed and race wins made it very easy to invite him back to pilot the Crosslink Coatings/Wright Oil and Gas sponsored car. Defending our team championship is a priority, and I expect Joshua to be at the sharp end of the field all season, alongside his teammates Arthur and Jose. Recently, Joshua has been karting in his Exprit X30 for Crosslink Competition with some outstanding results, scoring two wins in the pre-final races and clinching two wins in the finals.  He also qualified pole position for both Rounds 1 and 2 of the 2019 SKUSA Pro Tour. What a wonderful way to kick off the F4 season. “ 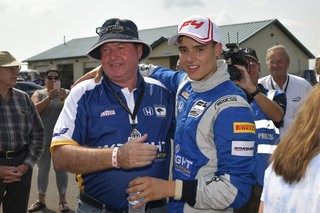 Along with weekend cash prizes and contingencies, Car and the rest of the F4 U.S. field will compete all season for the championship scholarship valued at $230,000 to move into the next rung in the SCCA Pro Racing open-wheel ladder, the F3 Americas Championship Powered by Honda. The scholarship package includes, a one year chassis lease from Ligier Automotive North America, a one year engine lease from Honda Performance Development, $25,000 from Redline Synthetic Oil, two free sets of tires per race weekend including two sets of tires for official practices from Hankook Tire, paid entries and a marketing package from SCCA Pro Racing, a branded race suit kit from Sabelt America and a custom championship watch from BRM Chronographes.

The fourth season of F4 U.S kicks off at Road Atlanta April 18-20. For more information on teams, drivers or the series visit F4USChampionship.com