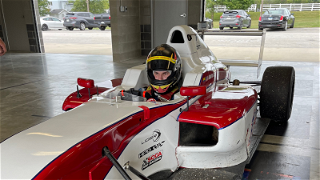 INDIANAPOLIS (December 6, 2022)- Robert Torres will join Future Star Racing for the 2023 F4 U.S. Championship. Al Unser Jr. stated, “We are very excited to announce Rob Torres as one of our drivers. He did a great job testing for us. We are expecting great results from Robert in the 2023 season of the F4 U.S. Championship.”ca

"I can honestly say I've never looked forward to anything more in my life so far than becoming a driver at Future Star Racing. This is such a beyond incredible opportunity for me and something I've been working hard for and praying for. I'm humbled and beyond grateful to be racing for Al Unser Jr. I look forward to improving through the season, scoring wins with this awesome team, and achieving the goal of winning the 2023 F4 U.S. Championship title and continuing the path to my ultimate goal of becoming an IndyCar Champion,” said Torres.

Future Star Racing has open opportunities in FR America, F4 U.S. Championship, and USF2000 for qualified drivers for the 2023 season.

Future Star Racing is an Indianapolis-based race team that empowers and improves young talented drivers to guide them to the next level. Future Star Racing utilizes years of winning racing experience and team members’ knowledge for their driver’s growth.