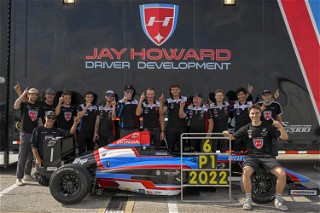 “It’s been incredible,” said Hughes of his season. “Winning a championship is what you dream of. We couldn’t have won it in any better style than winning the last two races, and that’s all thanks to the team. When I came over [to America] this season, I knew no one. The team welcomed me like family, and for us to win this championship—I can’t thank them enough. It’s been a great year.” 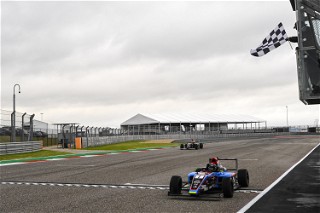 “It’s been a pleasure working with Lochie,” said Jay Howard, Owner of Jay Howard Driver Development. “I couldn’t ask any more from him. He was all-in. His parents aren’t here; he lives by himself. He’s dedicated and it shows every time he goes on track. I really appreciate all the hard work from the whole team this year; it really was a team effort. Lochie’s a well-deserved champion.”

Moving from his native Australia to America, Hughes was tagged by Jay Howard Driver Development (JHDD) to compete in the 2022 F4 U.S. season. After being out of the car for two years during the COVID-19 pandemic, Hughes was announced as one of the JHDD drivers just days before 2022 season began. In his debut season racing in America, Hughes led the F4 U.S. field with six wins on Hankook tires, and tied championship rival Bryson Morris for the most podium finishes of the year with 10 podiums.

As the 2022 Driver’s Champion, Hughes has secured a scholarship to compete in the 2023 FR Americas season. Valued at $215,000, the prize package includes an engine lease from Honda Performance Development (HPD), a chassis lease from Ligier Automotive, tires from Hankook Motorsports for all official sessions, entry fees and a marketing package from Parella Motorsports Holdings, as well as $25,000 from HPD. Other prizes include a Bell Athlete contract, a carbon Bell helmet, a custom OMP Racing suit, a bespoke Omologato timepiece, Haas F1 Team guest experience at the Miami Grand Prix, and an invitation to the FIA Prize Giving Ceremony at the conclusion of the season. In addition, the Australian has earned 12 FIA Super License Points to assist in his journey on the Road to F1. 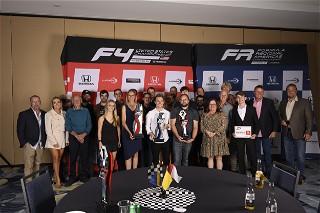 Crosslink Kiwi Motorsport took their fourth Team Championship this season. Averaging 5.5 F4 U.S. entries per race, and with two drivers in the championship hunt through the final event, it was no surprise to see the Dallas-based organization take the team honors. Their win, however, didn’t come without its challenges. In fact, they had to battle back from being ranked second at the season’s halfway point to take the title with their stable of drivers. Throughout the course of 2022, Crosslink Kiwi Motorsport drivers have secured five wins, seven runner-up finishes and six third-place results, for a total of 18 podiums. The award was accepted by team co-owners Garry Orton, Teena Larsen and Gill Kaszuba.

"That was probably the toughest one to earn in the years that we've been doing this," said Orton at the banquet. "It went down to the last race, which is actually bloody good. It could have easily gone either way, so I'm proud of the team. Just a fantastic result."

“We have such deserving champions this season,” said Scott Goodyear, Race Director for F4 U.S. “The battle that our F4 U.S. competitors put on all season was nothing less than impressive. We had remarkable side-by-side racing, clean passing and a tight championship battle. I’m sure Lochie [Hughes] will be an excellent representative of the talent that F4 U.S. develops, and I look forward to seeing where he goes from here.” 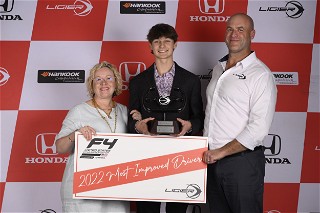 Bryson Morris was awarded with the Catherine Crawford Most Improved Driver Award. Selected by Ligier Automotive North America, Morris received not only a trophy, but also a $5,000 credit from Ligier.

“It was definitely unexpected, but I’m happy to receive the Most Improved Driver Award,” Morris said at the conclusion of the evening. “Thank you to Ligier for selecting me. It was a good season; we were second at the end, so I’m happy for the recognition and to get whatever help is available.”

F4 U.S. will kick off its 2023 season March 9-12 at NOLA Motorsports Park in Avondale, La. Drivers wanting to learn more about F4 U.S. and how to get involved for the 2023 season should visit F4USChampionship.com. 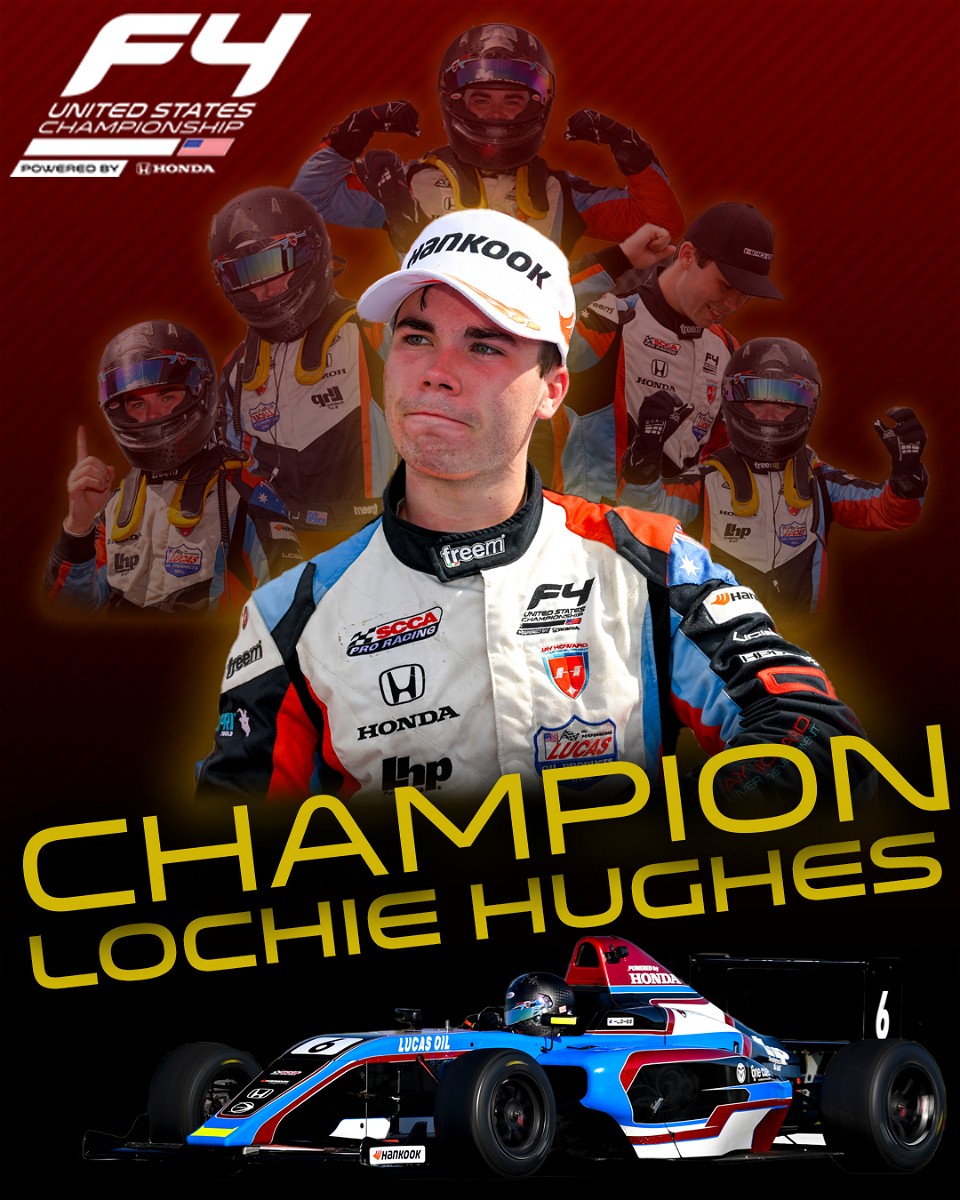