F4 U.S. Drivers Excelling on Track and in the Classroom 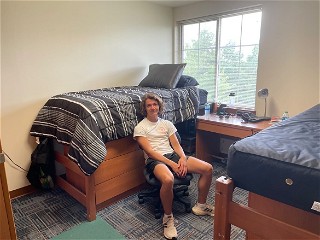 INDIANAPOLIS (August 22, 2022) – With schools around the globe kicking off a new academic year, many of the Formula 4 United States Championship Powered by Honda (F4 U.S.) drivers will be headed back to the classroom. Over 50 percent of the competitors from the F4 U.S. paddock will return to the classroom this fall, with drivers ranging in age from sophomores in high school all the way through college graduates.

“When you review the list of drivers that competed in F4 U.S. this season and look at how many of them are still in school, it is quite impressive,” said Sydney David Yagel, F4 U.S. Championship Director. “We make a conscious effort to make our weekends—and schedule—compact. We want drivers to be able to compete in our series and balance life, without demanding too much time away from home. Realizing that over half of our drivers are also full-time students—I think our recipe is working. It’s great to know that the young drivers within the F4 U.S. paddock are able to simultaneously pursue both their educational and racing goals.” 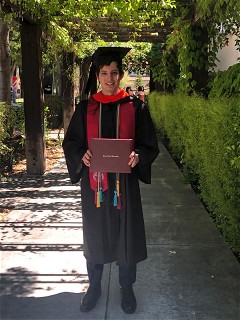 The percentage of drivers that have done double duty this season, both racing and studying, is even higher when you include recent college and high school graduates.

Seth Brown (No. 4 JHDD / CSU One Cure / Lucas Oil / Pelican Ligier JS F4) earned a degree in mechanical engineering from Santa Clara University in May. On August 17, Jack Zheng (No. 19 Doran-Kroll Competition Ligier JS F4) finished his studies to complete his business administration degree from New York University, and Andre Castro (No. 8 Future Star Racing Ligier JS F4) turned in his final assignments on August 19 for a degree in economics and business administration from the University of Chicago. Likewise, Bryson Morris (No. 39 Crosslink Kiwi Motorsport Ligier JS F4), who currently sits second in the F4 U.S. champion point standings, is using the summer break to complete his coursework for his high school diploma.

With the 2022 F4 U.S. season winding down, these student/athletes have just a couple of double-duty weekends left, as only two championship weekends remain on the calendar. F4 U.S. will return to the track October 6-9 for the Andy Scriven Memorial at the Mission Foods VIR SpeedTour, before closing out the year with the Mission Foods Austin SpeedTour at Circuit of The Americas, November 2-5.

Photos courtesy of drivers: Top, Tyke Durst moves into his dorm room at the University of North Carolina at Charlotte. Middle, Maite Cáceres arrives on campus in Barcelona. Bottom, Seth Brown poses with his diploma on his graduation day at Santa Clara University.