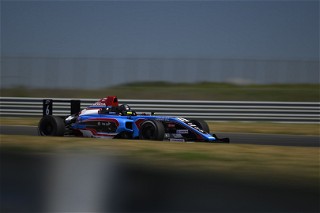 Fourth was Alex Berg in the No. 08 Doran-Kroll Competition Ligier JS F4, while Noah Ping secured a top-five starting position for Velocity Racing Development with his No. 65 Ligier JS F4.

A full run-down of the provisional qualifying results can be found, here.

F4 U.S. will contest Race 1 this afternoon at 3 p.m. Tomorrow, the weekend will culminate with Race 2 at 9:30 a.m., followed by Race 3 at 1:40 p.m. Spectators are invited to join the F4 U.S. drivers on the pre-grid for a fan walk at 1:10 p.m., prior to the series’ final race of the weekend. For updates throughout the weekend, follow F4 U.S. on Facebook, Instagram and Twitter for updates, or use Race Monitor to follow live timing and scoring.