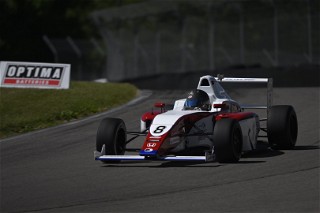 A full run-down of the provisional qualifying results can be found, here.

Lights out for F4 U.S. Race 1 is scheduled for 11:40 a.m. on Saturday, June 25. The event will be live streamed on the SpeedTourTV YouTube page (YouTube.com/SpeedTourTV), and on the F4 U.S. Facebook and YouTube.