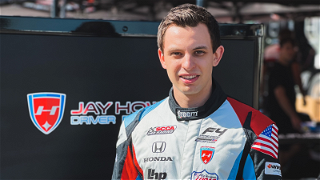 Westfield, Ind. (April 8, 2022) – Jay Howard Driver Development is excited to announce that Seth Brown will be piloting the #4 car in this year’s F4 U.S. Championship presented by Honda.

The Californian will be making his debut in the F4 US Championship after running in the Skip Barber Formula Race Series in 2021, where he captured an impressive second place finish at the famous Indianapolis Motor Speedway. Brown is looking forward to taking what he learned there into this season’s campaign.

“I’m excited to have Seth joining the team,” remarked team owner Jay Howard. “He has some good experience in the Skip Barber series driving their F4 cars, so the transition into our cars should be smooth. I’m looking forward to getting to work this weekend!”

For his part, Brown is also ready to get going in Round 1.

“I’m looking forward to competing in the US Formula 4 Championship this season,” said Brown. “The competition looks tough, but I can already tell I am supported by an amazing team and great teammates who will push me to strengthen my driving.”

In addition to his driving, Brown is also interested in the engineering side of racing, which he hopes will help him understand the way the car operates and help him get up to speed quicker.

“I am studying Mechanical Engineering at Santa Clara University and have completed multiple summer internships at General Motors. I hope to combine my engineering knowledge and driving skill to create a career in motorsports.”

You can catch Seth and the rest of the Jay Howard Driver Development F4 stable as the team kicks off the season this weekend at NOLA Motorsports Park, from April 8-10. Make sure to follow JHDD’s official social media channels for results, updates and highlights from the NOLA SpeedTour.