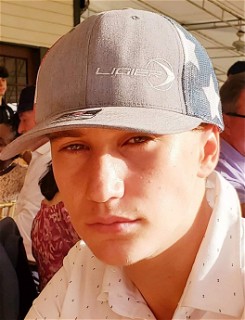 Westfield, Ind. (April 7, 2022) – Canadian driver Louka St. Jean is transitioning to a seat with Jay Howard Driver Development for his second year of F4 US Championship competition in 2022.

Last year, the driver from Quebec scored a pole position, podium and fastest lap in his rookie season of F4, quickly acclimating to open-wheel cars after making the transition from karts. He is confident that JHDD has the tools and resources to enable him to build on those results.

“My first experience with Jay Howard Driver Development last week was amazing!” said St. Jean. “Thanks to the team, we were able to have results way beyond our expectations in testing. I am ridiculously determined to win the first race of the season at NOLA next week!"

After a strong performance in the off-season, team owner Jay Howard is bullish about St. Jean’s prospects in the season opener this weekend.

“I couldn’t be more excited to have Louka join the team,” said Jay Howard. “I had the chance to work with Louka at a recent test and his pace was very good. We have high expectations at NOLA and I’m sure he will deliver."

The Jay Howard Driver Development F4 US stable kicks off the season this weekend at NOLA Motorsports Park, a new circuit for the series, on April 8-10. Make sure to follow JHDD’s official social media channels for results, updates and highlights from the NOLA SpeedTour.