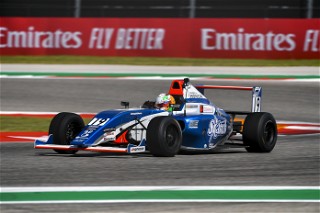 Nico Christodoulou picked up nearly eight-tenths from practice to record the quickest lap in Saturday morning’s qualifying session at Circuit of The Americas (COTA). However, despite his 2:16.886-second lap in the No. 22 Velocity Racing Development Ligier JS F4, Christodoulou will serve a penalty to start Race 1 from pit lane and hand the pole position to Noel Leon. 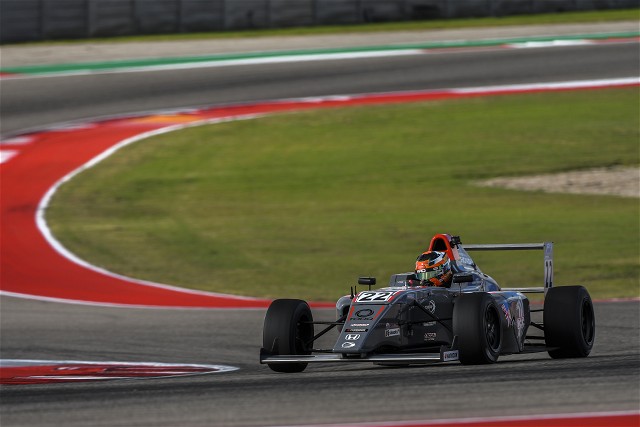 Leon, who entered the COTA event weekend as the points leader in the Formula 4 United States Championship powered by Honda, inherits the pole position for his No. 19 DEForce Racing team. Leon’s 2:16.963-second lap was a 0.817-second improvement over his effort in Friday afternoon’s practice session.

When asked about his strategy for today’s race, Leon summed up what F4 U.S. is all about in just four words, “Just fun and focus.”

“The series is fantastic,” said Leon. “It’s so many cars. I think we have 33 cars on track. It’s good to race with so many cars and to be here on F1 weekend. The championship is tight. I have a lead of just 5 points. It’s going to be difficult, not impossible, but difficult to win the championship. Thank you to all my sponsors for their support.”

The championship battle remains close, with the other two drivers that are still mathematically eligible for the championship also recording qualifying times within the top five. Mac Clark, who entered the weekend second in points, was third quick on the time chart. Meanwhile, Jason Alder, who led yesterday’s practice session and is currently third in points, set the fifth-fastest lap of qualifying.

Drivers will have their first points-earning opportunity of the weekend when the lights go out for Race 1 at 2:25p.m. CT.