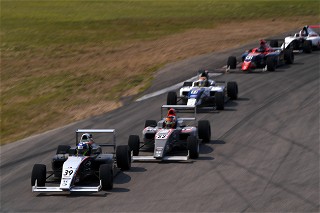 News Flash based on PROVISIONAL results

In a race that saw four different leaders, Bryson Morris rose above the rest to claim his maiden victory at Brainerd International Raceway on Sunday morning in only his third Formula 4 United States Championship Powered by Honda appearance.

Race 1 winner Nico Christodoulou finished second with Rodrigo Gutierrez rounding out the podium in third, his second podium result of the season for DC Autosport.

"It was a very tough race," said Morris. "We got lucky with the safety car at the end, because Nico (Christodoulou) was coming for me for sure. With the performance we had this weekend, we hope to return to finish out the rest of the season."

Race 2 winner Mac Clark started on pole for the Ryan Companies US presents the Jed Copham Tribute Weekend finale for F4 with Nico Christodoulou sharing the front row. Matt Christensen and Morris lined up in Row 2. 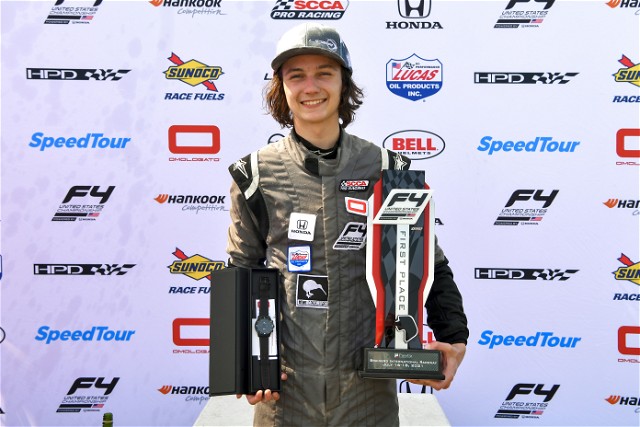 Christensen inherited the lead briefly for one lap until he too spun on the very hot and oily Brianerd surface. Starting in seventh, Gutierrez charged to the front of the pack to take the lead with Morris in tow. Putting pressure on Gutierrez for a lap, the lead changed one last time as the Crosslink/Kiwi newcomer took the point just before a full course yellow ended the race. The winning pass earned Morris the Omologato Perfectly Timed Move of the Race.