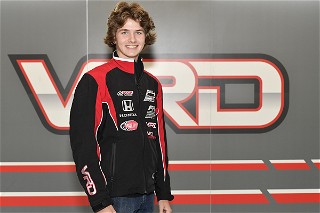 Seventeen-year-old Jason Alder is set to make his official Formula 4 United States Championship Powered by Honda debut next weekend. Competing as part of the potent Velocity Racing Development (VRD) program and taking on the famed Michelin Raceway Road Atlanta, the rookie driver is confident heading into his first season of open wheel racing.

“Ever since announcing our intentions to compete in F4 in 2021 I have been fully focused on making sure that I am ready for the season,” explained Alder. “I am thankful for everyone that I have around me that not only supports me but pushes me to the next level. A huge thanks to Velocity Racing Development as well for all their hard work.”

Attending the final race event of the 2020 F4 season at the prestigious Circuit of the Americas (COTA) in Austin, Texas, Alder confirmed his move to the open wheel motorsports scene with 2020 championship winning team Velocity Racing Development.

“We have always tried to do everything right so when the opportunity was presented to take over the seat of outgoing series champion Hunter Yeany, I jumped at the opportunity,” continued Alder. “Since that day, I have completed test days at various locations as well as competed in the YACademy Winter Series in February to get some race experience under my belt.”

With the first event taking place March 26-28 at the 12 turn, 2.54-mile natural terrain road course of Michelin Raceway Road Atlanta, Alder will take part in the triple header weekend in the hopes to start his rookies season off on the right foot. Stay tuned to the Jason Alder / AB Motorsports social media pages for event schedule, live timing links and photos from the event weekend.