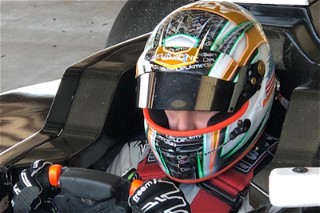 Currently ranked the #1 karter in North America by eKartingNews.com, Arias Deukmedjian is set to make the move to the F4 United States Championship Powered by Honda with Kiwi Motorsport in 2021. Adding to their growing driver lineup, Deukmedjian will be part of a multi-car program as he makes his bid for the series title, rookie of the year honors as well as to assist Kiwi Motorsport in their quest for another team championship.

“We are excited to have Arias join our program as he is an integral piece to our 2021 puzzle,” explained Kiwi Motorsport’s Teena Larsen. “Arias comes from a stellar karting background, including being crowned US National Champion in the Superkarts! USA program in 2018 and has seen him on the top step of the podium in both national and international competition. Kiwi is proud to say we intend to continue that trend in motorsports in the 2021 US F4 Championship.”

Deukmedjian has earned his place as one of the most competitive karting pilots to come out of the United States and now he will turn his attention to cars. The 2021 US F4 Championship will be the first open wheel race series that he has ever competed in and will enter as a rookie.

“At 16, I am finally able to make the move to full-time car racing in 2021 and couldn’t be happier than to do it with Kiwi Motorsport,” explained Arias Deukmedjian. “They are one of the premier teams in the F4 Championship and have a wealth of knowledge and experience for me to learn from. The goals for 2021 are simple and we will aim to win from the first green flag in March until the final checkered flag of the season.”

“Arias was born to race and win. And his love for the sport can easily be seen in his driving,” explained a member of Deuk Spine Institute who has been Arias Deukmedjian’s sponsor since he first sat in a racing kart continues to support his motorsports career and is a leader in laser spine surgery technology.

Stay tuned to Kiwi Motorsport for more news, information and driver announcements on the horizon.