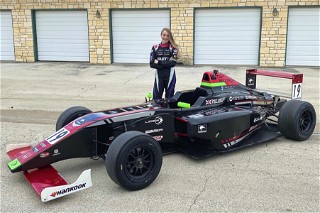 Linscott was awarded a scholarship which includes fees to all 2021 promoter test days and 18 F4 U.S. championship races.

Linscott, who was identified by seven-time Indianapolis 500 starter Pippa Mann as a budding single-seater talent, will join the only female-owned F4 U.S. competition team in the paddock, Kiwi Motorsport. 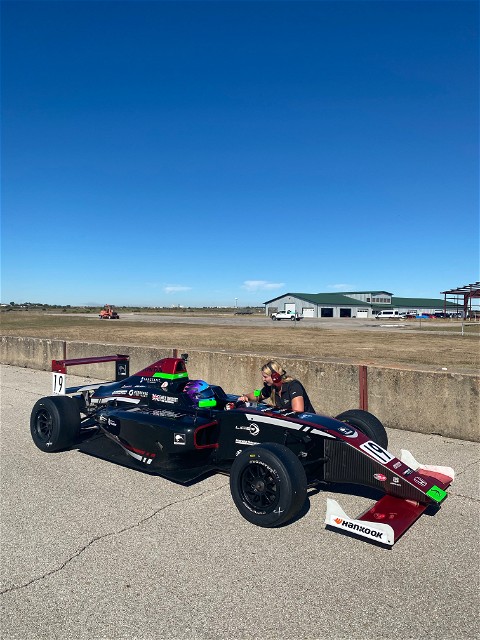 “I’m so grateful to Tony Parella of Parella Motorsport Holdings for awarding me the PMH Powering Diversity Scholarship this year,” said Linscott. “We have been speaking to Teena Larsen (Kiwi Motorsport co-owner) about racing with Kiwi Motorsport in the F4 U.S. Championship for a couple of years now, but I’ve never managed to raise enough budget. The scholarship really helped me secure the drive with Kiwi Motorsport to compete, so I aim to make the best use of it when I’m on and off the track to repay his and Kiwi Motorsport’s faith in me as being a positive role model and diversity in motorsport representative.”

Linscott will make her F4 season debut under the full Crosslink/Kiwi Motorsport banner, wheeling her signature Honda-powered No. 99 Ligier JS F4. As the winningest team in the F4 paddock, Crosslink/Kiwi Motorsport has amassed three consecutive team titles and propelled Australian Joshua Car to the driver championship in 2019. The Crosslink/Kiwi squad remains the only team in F4 U.S. history to sweep a podium, and has done so three years running (Pittsburgh International Raceway 2018, 2019 and Circuit of The Americas 2020).

“After meeting the team in person, we immediately clicked; they’re such great people and they’ve made me feel at home ever since, so it was an obvious choice where I would go this season if our budget came together,” Linscott explained. “I’m so excited about racing in the F4 U.S. with them, as they are a top team and the championship itself boasts the largest F4 grids on the planet. The huge depth of talent makes for some very close and hard-fought racing, which I’m totally ready to get into as soon as I can. I’m confident as a team we will be fighting for some good results.”

Crosslink/Kiwi Motorsport recruits drivers from around the world, with racers from the United Kingdom (Linscott), New Zealand (Ryan Yardley), Sweden (Viktor Andersson) and the United States (Ryan Shehan) already confirmed for the 2021 season. More driver announcements from the reigning team champions are expected before the start of the season.

“It is very special to me to have Emily onboard as Kiwi Motorsport’s first Lady driver,” said Larsen, former F2000 driver and daughter of respected Indy Lights mechanic Mo Larsen. “.  I am excited to live vicariously through Emily as she aims for the top.  I was her age when I was racing open wheel in Canada and the USA, and I know what it’s like. With the support surrounding her I couldn’t be prouder to be a part of it.  A team to go to, sponsors on board, an organization promoting her, IndyCar driver, Pippa Mann as a coach....she is a dream come true. As a woman in motorsports it makes me so proud to see Emily have the passion and dedication to be doing what she loves. I can’t wait to see her excel this year and beyond.”

Linscott started her racing career in karts, claiming her first title in the BMKC Junior Championship in 2016. She is the only female to earn a title within the championship.

Due to lack of budget, Linscott focused on race craft development and fundraising in 2019. Continuing to trailblaze across the Atlantic, Lucas Oil School of Racing awarded Linscott its Pippa Mann Scholarship to train with the IndyCar Series driver at WeatherTech Raceway Laguna Seca, where she set the new track record.

Impressed by Linscott’s performance after mentoring her, Mann continued coaching the 18-year-old in the Lucas Oil Formula Car Race Series in 2020. Missing the first three rounds due to COVID-19 travel restrictions, Linscott quickly rose to the top of the standings, becoming the first female to finish on the podium in the series.

Linscott’s prowess on and off the track landed her a spot as a Shift Up Now Athlete, an initiative launched by Mann and other female races who are committed to driving change in motorsports by working together, and by giving back to its community of members.

Mann will continue to coach Linscott through her transition into F4 U.S.

“Taking a step back from being Emily’s coach, as one of the management team of Shift Up Now, I’m proud to see our Athletes being recognized,” Mann said. “I first met Emily at Lucas Oil School of Racing. They ran a scholarship in my name to help talented female racers make the transition from karting, or in Emily’s case from Ginetta Junior, to open wheel cars. Emily was a stand-out candidate on paper, and so, despite the fact she lived in the UK, the Lucas Oil School of Racing awarded her with two free days of race car seat time, with coaching. Once myself and the other coaches saw Emily drive for the first time, I knew we had to help her come back.” 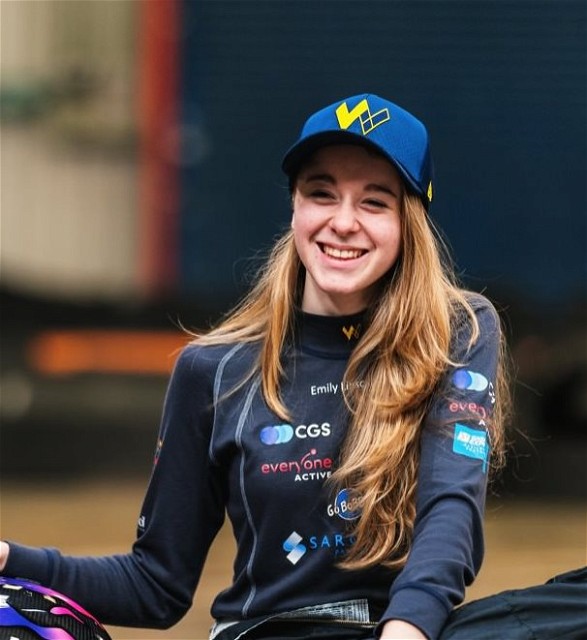 “Two years later I’m proud to see her graduate to the F4 United States Championship Powered by Honda,” Mann continued. “We only have the budget for half a season at present, but with the scholarship from Parella Motorsports Holdings helping our cause, we’re hoping to find the financial support to help Emily extend her season.”

The finalists (one in F4 U.S. and one in FR Americas) for the full PMH Powering Diversity Scholarship, which includes all championship event entry fees from PMH, a season-long fuel stipend from Sunoco Racing Fuel and a parts voucher from Ligier Automotive North America, have also been selected for 2021 and will be announced in the upcoming days.

Linscott and the rest of the F4 U.S. field start their official season now at Michelin Raceway Road Atlanta with the Atlanta SpeedTour March 26-28. For more information visit F4USChampionship.com.