Seth Foley and JHDD Join Forces for 2021 F4 US Championship 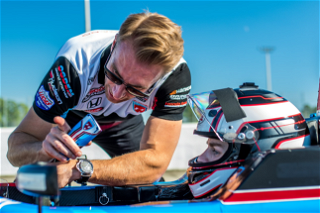 Jay Howard Driver Development is excited to confirm that Seth Foley will be competing for the team in the upcoming 2021 F4 US Championship Powered by Honda.

The 2019 Bertil Roos Race Series champion has certainly enjoyed success in any category he has competed in, and the young American will be looking to maintain such a record as he graduates into one of the most competitive junior open wheel categories in North America with JHDD.

“I’m very thankful for the opportunity that Jay Howard has given me and I’m very excited to race this year,” commented Foley. “I’m hoping for some great results with such a successful team and I cannot wait to get started.”

Team-owner Jay Howard has a history of running fast and upcoming drivers that have gone on to achieve success in the junior categories, and by adding Foley to his F4 US Championship line-up, he is hoping that the trend continues as the team heads into the 2021 racing season.

“Seth has been competitive in everything he has driven to-date, and with that hunger and desire that he possesses, I am looking forward to seeing how he develops,” noted Howard. “With the testing plan we have in place and as we get into the start of the championship, I am fully expecting Seth to thrive in our environment where working together as a team and extracting the most out of each other is what we are all about.”

Foley now joins the already confirmed Matthew Christensen in the JHDD F4 US line-up, and pre-season testing is already underway as the team continues its preparations for the new season. Further driver announcements are expected prior to the 2021 F4 US Championship Powered by Honda season officially getting underway at Sonoma Raceway, California, April 23-25