Matthew Christensen Pairs Up with JHDD for 2021 F4 US Championship 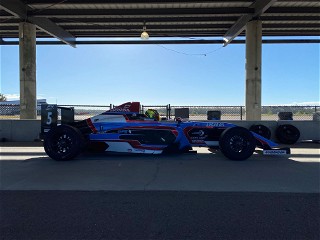 Jay Howard Driver Development (JHDD) is delighted to announce that Matthew Christensen will be driving for the team in the 2021 F4 US Championship Powered by Honda.

Having enjoyed a number of successful years in karting, Christensen graduated to the Lucas Oil School of Racing for the 2020 season, where he scored six wins during a sensational rookie season in open wheel racing. The young American talent, who resides in Orlando, Florida, will be looking to carry that momentum into the 2021 season with the JHDD squad.

“I can’t wait for the 2021 F4 United States season to begin,” commented Christensen. “I’m so excited to be racing for Jay Howard Driver Development, and I’ve been fortunate enough to do a few test days with the team and it’s an honor to be around such an amazing group of people. I made a lot of great memories in karting racing for Jay, and I can’t wait to make even more this year. I’m confident Jay and his team can provide me with the tools and the knowledge I need to be successful."

Team-owner Jay Howard has worked with Christensen previously in the karting ranks, and the former INDYCAR driver is confident the young American talent will continue to impress as he looks to cement his career path in open wheel racing.

“I’ve been fortunate to work with Matthew before in karts and knowing his record there along with his impressive season at Lucas Oil School of Racing, I am very excited to see how he gets on next season in F4,” said Howard. “Winning races is always the aim, and I believe the combination of Matthew and JHDD can certainly achieve that.”

Christensen and the rest of JHDD team will be undertaking an extensive pre-season testing program prior to the competitive action getting underway. The 2021 F4 US Championship Powered by Honda season officially gets underway at Sonoma Raceway, California, April 23-25.