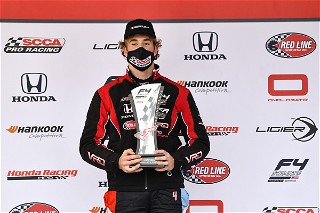 After making the move to Velocity Racing Development (VRD) late in 2020, Nick Persing has inked a deal for a full season effort in 2021. Showing instant improvement with the elite level VRD program. Persing was a consistent frontrunner in the final two event weekends of the season scoring points in four of the last six races including second and fourth place finishes in the final round at the Circuit of the Americas (COTA) back in October.

“It is great to have our third F4 driver confirmed for 2021 as Nick will be a great additional alongside the already announced Jason Alder and Nico Christodoulou,” explained Dan Mitchell. “When Nick joined VRD, we had to work with him to ensure he could drive the car that was setup the way that we setup cars. After one race weekend at the Homestead-Miami Speedway and no test days between events, Nick entered the final round of the season at COTA and was a consistent threat for victories in all three wheel-to-wheel races. With a winter test program already in full swing and more seat time with us, Nick will be a championship contender in 2021.”

“I am excited to rejoin VRD for the upcoming season, and we have our goals set high,” added Persing. “VRD is the most professional race program I have been part of and our goals and commitment to success are aligned and achievable. Their results speak for themselves and I look forward to continuing with their successes.” 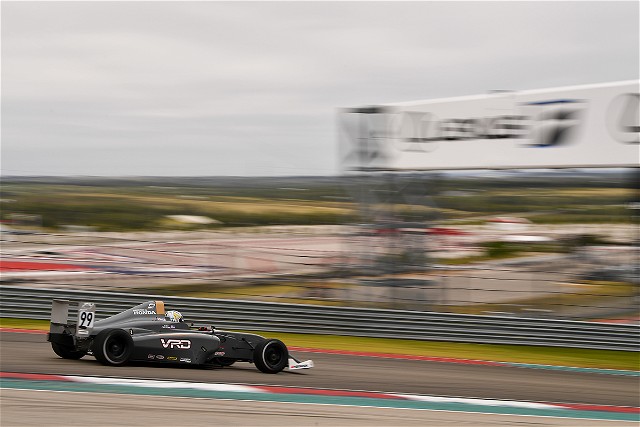 Mitchell continued, “We want to teach our drivers, win with our drivers and then help our drivers advance. We want to be a good marketing tool for them as well as raise the level of professionalism in the paddock. and I think we have done all of this. There is no time to slow down and we will continue pushing onwards and upwards. We would like to welcome Nick back to VRD and look forward to seeing him on the top step of the podium.”