Team Crosslink Wins at the Circuit of the Americas 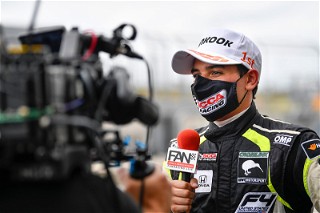 It was a winning weekend for Team Crosslink at the final round of the 2020 Formula 4 United States Championship Powered by Honda as Jose Blanco was able to secure his fourth and fifth wins of the season while Josh Car added a pair of top-ten results in the FR Americas Championship. With the season now complete and champions crowned, the focus will return to the Team Crosslink karting program as they head to Las Vegas, Nevada and the annual ROK Cup USA ROK the RIO event.

Starting from the pole position in race one, Jose Blanco rocketed out to the lead and never looked back. Scoring the fastest lap of the race and the accompanying pole position for race two, the Team Crosslink entrant set another track record en route to another win in 2020. As the class of the field on Saturday, Blanco swept the day’s competition and looked forward to the final two rounds of the season on Sunday.

Looking to put a tough few events behind him, FR Americas pilot and 2019 F4 United States Championship Powered by Honda champion Josh Car took to the Circuit of the Americas with goals set. Qualifying in the sixth position and finishing sixth in the first wheel-to-wheel action of the weekend, Car was pleased with the result, but would aim for more on Sunday.

Returning to the track for rounds seventeen and eighteen, a reenergized Blanco would lead the field when the lights went out but fall back to just inside the top-five. Engaged in a multi-car battle for the final step on the podium, the #32 entrant would cross the line in the fourth position, 3.975 in arrears of the race winner. While Blanco added a top-five in F4, Car added a top-ten result with a last lap, last corner pass to move to ninth in the second race of the weekend.

Blanco returned to the top step of the podium taking his fifth win of 2020 and fourth in the past six races during the final race of the season. Moving to the front of the field and staying ahead of the fierce on track battles, Blanco scored the second fastest lap of the race, claiming his second win of the weekend with a 1.678 second gap back to second.

With the seventeenth and final round of the FR Americas Powered by Honda Championship taking to the track mid-afternoon, Josh Car was hoping for a strong result and after running in the seventh position and after just turning his fastest lap of the race, was forced to retire.

“It was a great year for Team Crosslink and builds the momentum that we are looking for as we head towards 2021,” added Team Manager Sean Owens. “We showed great pace and won, so that bodes well for next season. We are looking to possibly expand in 2021, and I think we could have a few announcements in the next month or so.”