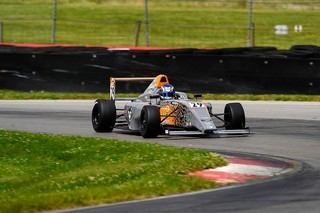 With only three race weekends remaining in the 2020 F4 United States Championship Powered by Honda season, Erik Evans is set to return to the track with Velocity Racing Development (VRD) this weekend, September 25th-27th, at the Sebring International Raceway.

After missing out on the last event weekend at Barber Motorsports Park, the Storm & Savage Apparel branded driver is eager to return to the driver's seat and continue on with his rookie season.

"I am very comfortable and confident coming into Sebring and am expecting a strong result off the second-place finish at the SCCA event a few weeks ago here against some of the top drivers in the series," explained Erik Evans. "My main goal is to be competing in the top-five, but the overall objective is to be always in contention for the wins. The big thing for the second half of the season is to make a good run at the front after a very rough and unexpected start to 2020."

After earning a season-high finish of fifth at Mid-Ohio Sports Car Course, Evans will be battling for a podium finish at the 3.74-mile course in Sebring, Florida. In preparation for the upcoming race weekend, Evans took part in a multi-day test at Sebring International Raceway earlier in September. At the test, he was able to settle back into his Ligier JS F4 chassis and begin to learn the track that he will be competing on.

Following a similar format to prior race weekends, Evans and the remainder of the F4 field will compete in three races over the course of the weekend. In an effort to give the F4 drivers more green flag track time, drivers will be split into two groups for the two practice sessions on Friday. On Saturday, Evans will have one thirty-minute qualifying session before heading into the first race of the weekend. On Sunday, he will compete in two final races to round out the weekend.

While the event is closed to spectators, fans will still be able to follow along with live timing and scoring on the series website or with Race Monitor. Fans will also have access to live stream video at https://fanracing.live/.