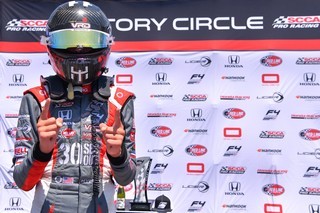 "We were fast today," Yeany said. "We wanted to go out there and finish the weekend with a win, and that's what we did."