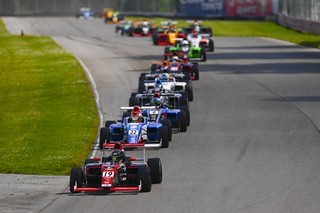 Alton, Virginia (June 15, 2020)- The largest average FIA F4 field in the world returns to action July 17-19 for the third annual Andy Scriven Memorial Race Weekend at Virginia International Raceway. Round 2 of the Formula 4 United States Championship Powered by Honda will feature 33 drivers from around the globe for a triple-header race weekend guaranteed to deliver wheel-to-wheel action. (Stream Live) 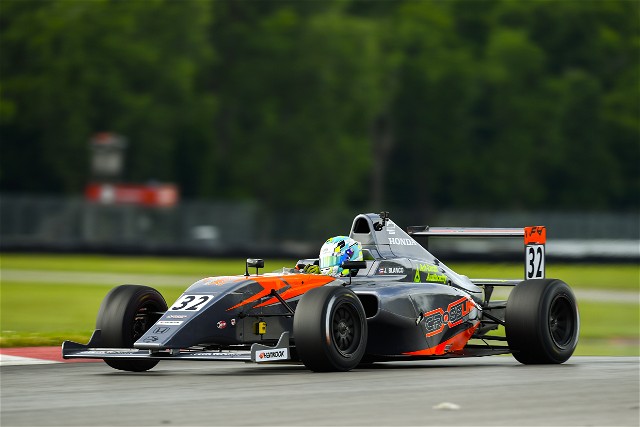 With final results still in review from the opening rounds at Mid-Ohio, the top spot in the championship has yet to be claimed. With a scholarship valued at $230,000 to enter the Formula Regional Americas Championship Powered by Honda on the line, every round in the condensed season is more crucial than the last. But before the 2020 championship title is in view, drivers will have to master the technical turns and steep elevation changes of the famous Virginia circuit.

Of those drivers on the hunt for a title is F4 veteran Jose Blanco, who returned for his third season under the Crosslink/Kiwi Motorsport banner, piloting the No. 32 Art-Draft Authority Crosslink Competition LVP Paints machine. Blanco leads the four-car international squad in experience and results on the 17-turn, 3.27-mile Virginia circuit. In his two visits (six races) at VIR with Crosslink/Kiwi, Blanco has collected one podium and three top-10 finishes with the top step just out of reach for the Puerto Rican pilot. But, after capturing top results at Mid-Ohio in the opening two rounds, Blanco looks to bag his first win of the season and his maiden victory at VIR during the Andy Scriven Memorial Race Weekend. 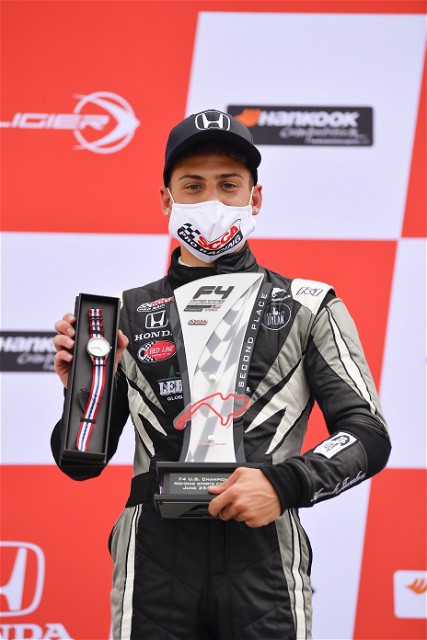 “I’m very excited to go back to VIR to get back racing,” said Blanco. “I really like this track a lot. It has some nice corners and elevation so it will be nice to drive there again. We will be fighting for the win so I am very eager to get the weekend started.”

Working on his third season of competition, Dylan Tavella joined two-time team champions Crosslink/Kiwi for a 2020 title chase. Tavella opened the season scoring a podium finish for his new team at Mid-Ohio. The New York native also earned the Omologato Perfectly Timed Move of the Race for his charge to the front, achieving his best first-round results of his F4 career.

“My team and I left on a good note from Mid-Ohio, and we are coming into VIR better than ever,” said Tavella. “I’ve been doing a lot of simulator work to get ready for VIR and physically training every day to get prepped for the weekend.”

While Velocity Racing Development rookie Hunter Yeany only has two races of F4 U.S. competition experience, he’s spent hours turning laps at VIR in person and virtually during his two-years of development training in the VRD Academy. The demanding preparation has already paid off for the 15-year-old driver who was the only rookie to complete the opening F4 weekend with a pair of podium finishes at Mid-Ohio Sports Car Course just two weeks ago. Heading into VIR, Yeany said he’s not settling for anything less than a first-place finish.

“Now that the first race of the series is behind us, I’m looking forward to my home race at VIR,” said Yeany. “I want to show the fans what I can do.” 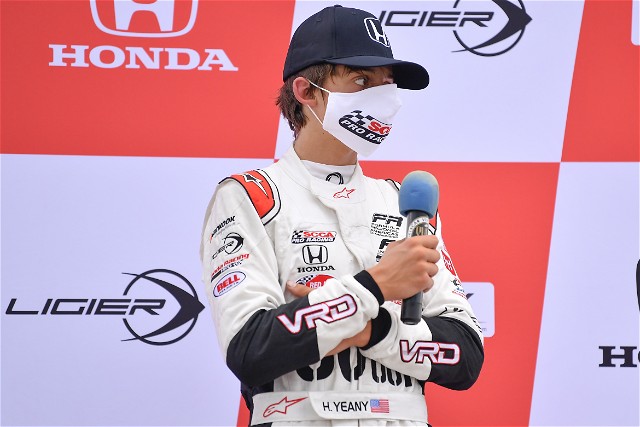 However, the podium-hungry drivers will have to get through Jay Howard Driver Development pilot Christian Bogle. Bogle ended 2019 strong at the United States Grand Prix weekend at Circuit of The Americas, and his season-end success carried through into 2020 as he snagged the first pole-position of the season at Mid-Ohio. While Bogle 2020 marked his third season racing with JHDD, Friday will be his first visit to VIR, as schedule conflicts have kept Bogle from competing at the technical circuit in the past.

Giving drivers ample seat time on race weekends to aid in their development is a staple of the F4 U.S. Championship. Drivers will receive three hours of track time at Virginia International Raceway in addition to a full promoter test day on Thursday. A pair of 30-minute practices on Friday kicks off the official weekend. A 30-minute qualifying session opens the day on Saturday at 9:05 a.m. ET followed by the first of three 30-minute races starting at 1:20 p.m. ET. The race weekend wraps up on Sunday with two races at 9:05 a.m. and 1:20 p.m. ET. Fans can stream all three races live by visiting FANRacing.Live. For live timing and scoring, post-race video highlights and results visit F4USChampionship.com. 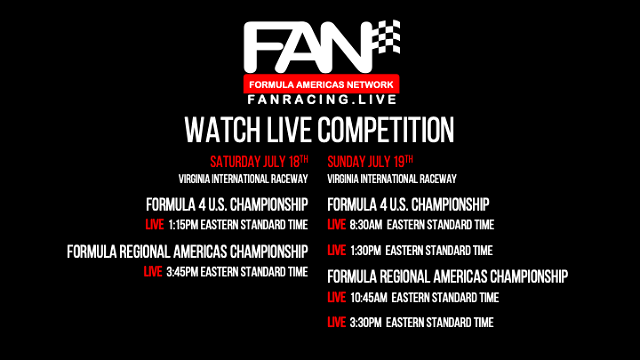