Sunoco Fueling the Next Generation of Racers 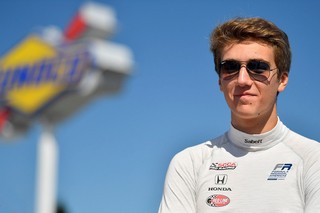 More high-performance racing engines rely on Sunoco race fuels than all others combined. For more than 50 years, Sunoco has been fueling the top race car drivers around the world with high-quality, performance fuels they can trust to power them to the checkered flag. Since its partnership with NASCAR in 2004, Sunoco has fueled more than 15.5 million miles of competition and more than 1,300 victories.

“Sunoco Race Fuels is proud to partner with SCCA Pro Racing to fuel F4 U.S. and FR Americas; we know everyone is excited to get back to racing this year, and so are we,” said Sunoco Race Fuels Sales Coordinator Deanna Manbeck. “Sunoco believes that grass roots racing is the foundation to all racing, and we know that FR Americas and F4 U.S. will do a great job of growing the sport.”

Both series’ cars are powered by equally strong, reliable, HPD-modified versions of the current Honda Civic® Type R® engine, with the FR Americas powered by a turbocharged 303-horsepower edition using 100 octane Sunoco fuel, while F4 U.S. uses a normally aspirated 160-bhp engine with 93 octane Sunoco fuel that can be purchased at all Sunoco fueling stations.

The agreement will extend through December 2020. At that time Parella Motorsports Holding, the new commercial promotion owner of both championships starting in 2021, will strike a new agreement with Sunoco Race Fuels. PMH also owns the Sunoco fueled Sportscar Vintage Racing Association and Trans Am Series.