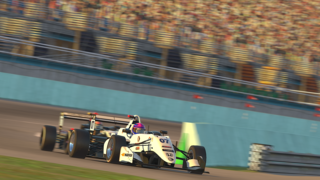 Before the Formula 4 United States Championship Powered by Honda drivers take to Mid-Ohio Sports Car Course for the 2020 season debut next week, the KCR Simulators F4 U.S. Esports Championship will give fans a virtual preview of the Honda-supported circuit on Tuesday evening at 6:30 p.m. Eastern for the esports’ championship penultimate round.

The top competitors are fighting for covenant real-world prizes. The champion will win a test in an Ligier JS F3 car with Formula Regional Americas reigning team champions Global Racing Group, an Omologato watch and Sabelt and Bell Helmet accessories, with the Vice Champion receiving a set of Hankook Tires outfitted for a F4 U.S. car Third place will receive three-months with a virtual personal Pit Fit Training.

Kiwi Motorsport F4 prospect Muhammad Ibrahim leads the championship by 21 points over F1600 driver Simon Sikes heading into Round 4 of the simulation championship. Out of the field of talented drivers, Ibrahim has had the consistent most consistent results throughout the three completed rounds.  Ibrahim, who most recently raced in the South East Asia F4 Championship,  is the only driver to have repeat wins, one in the season opener at Indianapolis Motor Speedway and the other in the most recent round at Homestead-Miami Speedway. In the only race he didn’t finish on the top step, Ibrahim still secured a podium finish.

Second and third place in the championship are separated by a smaller margin with Sikes leading over Jay Howard Driver Development F4 U.S. Viktor Andersson by two points.

Andersson’s virtual debut has been filled with bad luck. The JHDD rookie had the speed to qualify near the front in all rounds, but incidental contact in two separate events punted him out of podium contention.

But, Andersson shouldn’t be counted out from contending for the championship. In the last round at Homestead Miami Speedway, Andersson showed his sim talents after an incredible recovery. Following a wreck that sent him skating off the track, Andersson lost his second-place position and fell down the running order. Chipping away one driver after another, Andersson finished the race in third after a dramtic last turn pass, crossing the line just three thousandths of a second ahead of fourth place.

F4 alumnus and FR Americas driver Quinlan Lall and Alessandro de Tullio (fifth) still have a mathematical chance at the championship, however, each would, respectively, need back-to-back wins to secure the championship lead.

The driver with the most pole position starts at the end of the season will receive a free entry for a promoter test day from SCCA Pro Racing in 2020 with the driver’s team of choice. Respectively, Sikes, with two pole position starts, can clinch the award tonight if qualifies with the top time.

Live coverage by Apex Racing TV starts at 6:30 p.m. Eastern.”Podium” interviews with the top drivers will follow the race.