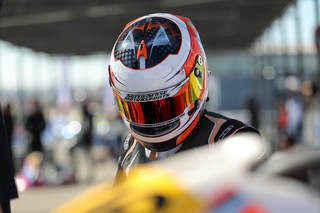 Jay Howard Driver Development (JHDD) is excited to announce that Bijoy Garg will be competing with the team in the 2020 Formula 4 United States Championship season Powered by Honda.

Garg, who resides in Atherton, CA, has enjoyed a successful career in karting and recently made the move into the open wheel arena by competing in select rounds of the F4 Western Championship this past winter.  Armed with the experience he has also gained from his testing program with the JHDD team, Garg is now focused on making a success of his rookie season.

“I couldn’t be happier to confirm I will be competing with JHDD in the 2020 F4 season,” said an excited Garg.  “Jay and his team clearly know how to win, and along with all the testing we have planned between now and the start of the season, I am very much focused on being ready to hit the ground running when the season gets underway here shortly.”

Team-owner Jay Howard knows a thing or two about talented karters making the step up into open wheel racing, and he is expecting Garg to follow in the steps of many of his other recent drivers and enjoy a successful first full season in the F4 U.S. Championship.

“I am very happy to have Bijoy join the program,” commented Howard. “The off-season testing has gone very well, Bijoy is a great addition to the team and continues to improve with every outing. I enjoy coaching him and feel extremely fortunate to have an amazing group of drivers this year, we will have a lot of fun.”

With the recent announcement of the revised 2020 F4 US Championship season schedule, Garg and his JHDD teammates now turn their attentions to the season opening event scheduled at Mid-Ohio Sports Car Course, June 25 – 28.  Fans can follow all of the action via the Race Monitor App and JHDD social media channels.