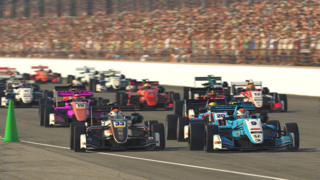 The Formula 4 United States Championship Powered by Honda returned to the Racing Capital of the World for the first time since 2017, albeit a virtual visit.

The KCR Simulators F4 U.S. Esports Championship made its iRacing debut at Indianapolis Motor Speedway on Tuesday evening with a full field of current, past and future F4 stars. 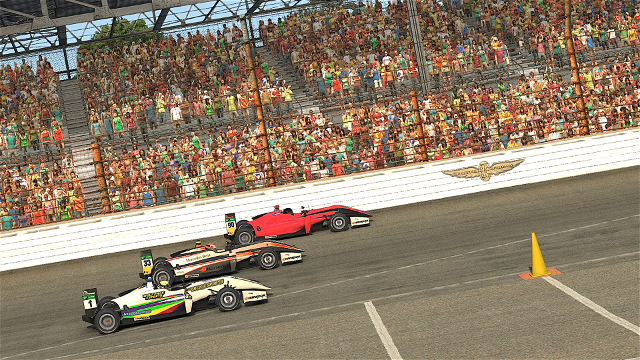 “This was quite a tough race to survive all the lapped traffic,” said Ibrahim. “Once I got out front, it was hard to pull a large gap because lapped traffic kept getting in the way, but I used that to my advantage for the win. The event was great and I really enjoyed racing at Indianapolis Motor Speedway.”

F1600 racer Simon Sikes controlled the pace in the 10-minute qualifying session, quickly setting the fastest lap early in the session before topping his own record in the closing minutes.

With a flyer of 1:22.401-seconds, Sikes in the No. 9 Group 6 Gear Rice Race Prep machine started on pole with Andersson in the black, red, white and blue No. 20 MA:GP car sharing the front row. Ibrahim and Jack Harrison lined up in Row 2 followed by Arseneau and Formula Pro USA F4 West Coast champion Marco Kacic starting from Row 3.

Quick off the standing start, Ibrahim challenged Sikes for the point, taking the inside line entering Turn 1. By Turn 2 the former FIA Formula 4 Southeast Asia driver had the lead and remained mostly unchallenged for the rest of the race.

Sliding through Turn 2 in the opening lap, Sikes spun across course, collecting Harrison and several other drivers in his wake. Andersson cleared the melee unscathed and continued the race behind Ibrahim in second.

“Some how I survived that first turn wreck,” said Andersson. “From there it was just trying to catch the leader and pull a gap from third place. I used the slipstream to try to catch first but never got the chance for an overtake. The leader and I had identical fast lap times so it was a real shame I wasn’t able to close in on him.”

Canadian junior karter Arseneau nearly lost his chance at a podium finish on Lap 19 of 22. Weaving down the front straight trying to disrupt his karting rival Alessandro de Tullio’s slipstream behind him, Arseneau braked late entering Turn 1 which sent him wide, dropping wheels off course. The slight miscalculation was just enough for Tullio to slide into third. But, after a spin on the following lap, Tullio fell down the order, handing the final podium spot back to Aresneau.

“I had a great race today,” Arseneau said. “I am happy to be on the podium at Indianapolis Motor Speedway. Pass the milk.”

Sikes’s recovered from the Lap 1 incident to finish fourth with Tullio rounding out the top-five.

Aaron Rouf dodged several incidents on his way from a near last-place start to finish just inside the top-10 in nineth, advancing a total of 15 positions to earn the KCR Simulators Hard Charger Award. The weekly prize includes a private one-hour iRacing coaching session from three-time champion Dakota Dickerson. 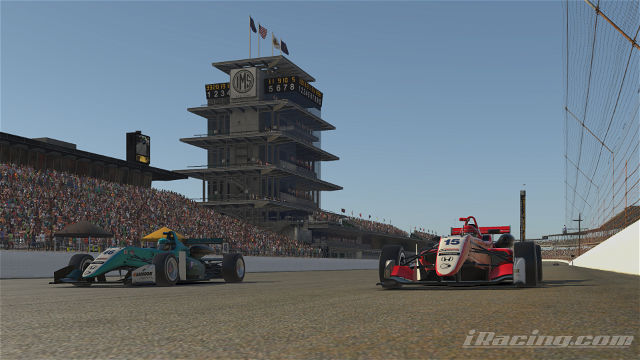 The KCR Simulators F4 U.S. Esports Invitational Championship returns to action on Tuesday, June 2 at Barber Motorsports Park with a set of new and returning competitors.

The event schedule will include one 10-minute practice, one 10-minute qualifying and one 30-minute race with points following the FIA FR system.