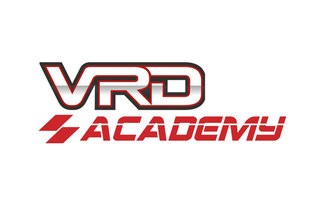 With meteoric growth in the past calendar year and a large interest from drivers looking to make the jump from karts to cars in the near future, Velocity Racing Development (VRD) has launched the all new VRD Academy. Training drivers who are looking to make the move to the Formula 4 United States Championship Powered by Honda in the future, VRD Academy drivers will take part in all team test days, driver development programs, knowledge building sessions and evaluation before making the move to open wheel racing.

"The strength of our program and the ability to successfully train kart racers to become race car drivers is the basis behind the new VRD Academy," explained Dan Mitchell. "We have had several new drivers test with us in the past month, a few who are ready to make the move to cars and others who need more of a test program, but the VRD Academy will help fast track their experience as they gain information and knowledge from a championship caliber team and series competitors."

Along with the launch of VRD Academy, Velocity Racing Development is pleased to announce that Nikita Johnson will be the first to join the new VRD Academy program. Joining the VRD Academy for a twelve-month term, Johnson will take part in all team test days alongside F4 United States Championship Powered by Honda team drivers before evaluation in late 2020 to determine his future direction.

Mitchell continued, "Nikita has been a front runner in the karting ranks and is a future open wheel champion. He shows maturity beyond his years, learns quickly and shows great speed. He is very coachable, and we are very much anticipating a successful year with him as we help him develop his skillset and future growth."

Recently completing a five-day test at the Homestead-Miami Speedway where more than eight drivers were behind the wheel of Velocity Racing Development prepared cars, the 2020 season is looking bright for VRD and the VRD Academy.

"Our final test of 2019 was a success and we are looking forward to announcing both VRD Team Drivers and VRD Academy Drivers early in 2020," added Mitchell.