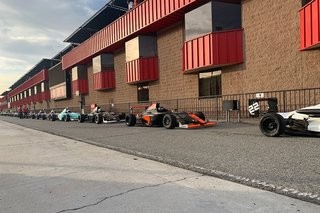 The Formula Pro USA F4 and F3 Championships presented by Exclusive Racing Winter Series took the green flag for rounds one and two of the 2020 season this past weekend at the Auto Club Speedway in Fontana, California. With an F4 field that doubled in size from 2019 and also included several F4 United States Championship Powered by Honda series teams and drivers as well as the introduction of the new F3 program under the Exclusive Racing banner, the opening weekend of the 2020 series went off without a hitch and featured first time winners.

"It was a great weekend, and we really appreciate the support and participation from multiple new teams and drivers," explained Brent Morgan. "Congratulations to Jacob Abel who claimed both F3 main events as well as Christian Bogle and Wyatt Brichacek who secured one F4 race win each. With the consistent results and four different drivers on the F4 podium during the opening weekend, the Exclusive Racing Championship points title is up for grabs."

In Saturday's one and only qualifying session, it was the Jay Howard Driver Development (JHDD) duo of Wyatt Brichacek and Christian Bogle that locked out the front row. Showing their strength throughout the 2019 national season, the Indianapolis based race team continued their momentum into the start of 2020. Will Delarosa and Margraf Racing were the best of the rest with their P3 effort while Kiwi Motorsport drivers Gabriel Fonseca and Dylan Tavella rounded out the top-five. 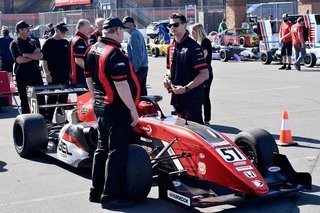 Brichacek's strong performance came to an end before he really had a chance to get it started, opening the door for JHDD teammate Bogle. The 2019 F4 United States Championship race winner drove to his first victory of 2020 as he outpaced the field to take the win by 1.514-seconds. Velocity Racing Development's Hunter Yeany, in his F4 debut, gained four positions in the first wheel-to-wheel action of the weekend driving his way to a second place podium result en route to the fastest lap of the event. 2019 Exclusive Racing Winter Series race winner Tavella also improved a pair of positions in the main event to add another podium result to his resume. Kiwi Motorsports' Josh Sarchet and Fonseca rounded out the top-five.

Returning to the track on Sunday, competitors were greeted with one morning warmup session before the second event of the series that afternoon. Looking for redemption after being classified near the tail of the field on Saturday, Brichacek returned to the front and dominated the race. Turning fast lap after fast lap, the JHDD driver drew away from his competition to take a commanding win, his first of 2020 and second of the weekend for the Jay Howard program. Yeany returned to the podium for his second, second place finish in as many days to solidify his contention for the championship while Bogle added a third place trophy to his opening race win to claim a pair of podium results. Tavella gained four positions in race two to finish fourth. narrowly missingh  the podium while Fonseca crossed the stripe in fifth. 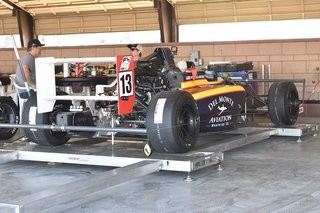 In the Pro USA F4 program, Yeany gained four bonus points in round one for scoring the fastest lap of the race as well as being the Hankook Motorsports Hard Charger in a tie break based on qualifying results with Nick Persing. In race two, Brichacek did the double claiming two points for both the fastest race lap and most positions gained.