Nick Persing to Compete with JHDD in 2020 F4 U.S. Championship 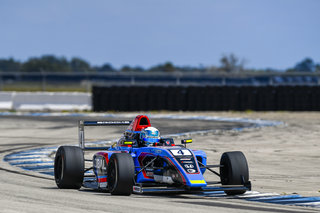 Jay Howard Driver Development (JHDD) is very excited to announce that Nick Persing will be driving for the team in the 2020 Formula 4 United States Championship Powered by Honda.

After a positive test with the team this off-season in Florida, coupled with his excellent record in the karting ranks, Persing will be looking to make his mark in what will be his first full season of open wheel racing.

“I’m thrilled to be racing this upcoming 2020 season with the JHDD team in the F4 U.S. Championship,” commented the 2019 Hoosier Super Tour winner in Oregon (FC Class). “It’s time to take my racing career one step further, and I’m excited for the chance to compete against some of the best young drivers in the nation.  It will be no easy task, but with Jay Howard and his team’s exceptional support, I know we can turn it into an amazing season.”

Team-owner Jay Howard has kept an eye on Persing’s progress in the karting ranks throughout recent years, and he is excited to work with another talented youngster looking to make the step from karts to cars. 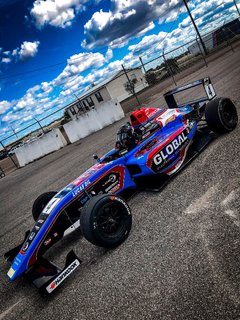 “I am excited to help Nick make his transition from karting to the world of open wheel racing,” said Howard. “I have watched his success in karting over the years, and all of us at JHDD will work him as effectively as possible to ensure that trend continues as he makes the move to F4.”

Persing and JHDD do not have long to wait until they are back on track, with the team scheduled to take part in the opening event of the 2020 Formula Pro USA Western Championship (F4) Winter Series at Auto Club Speedway, California, January 24-26. The 2020 F4 U.S. Championship season officially gets underway at Michelin Raceway Road Atlanta, Georgia, April 9-11.