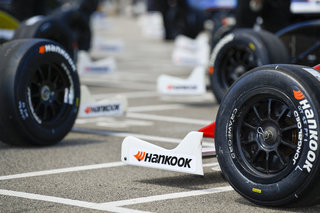 Continuing to expand their program, Exclusive Racing is pleased to announce Hankook Competition as an official series partner to the Exclusive Racing Exclusive Racing Formula Pro USA  F4 and F3  West Coast Winter Series. With all drivers across both platforms required to use the spec Hankook branded tires, the worldwide company has stepped up to the plate to award four sets of new tires upon series completion, one to each series champion and one to the driver gaining the most positions over the course of the series dubbed the Hankook Hard Charger Award.

"Hankook has been a great partner to F3 and F4 competition in the United States, and we are excited to welcome them to our series," explained Exclusive Racing's Brent Morgan. "After all is said and done Hankook will give away more than $6500 worth of tires, a great value for our series and our competitors."

With both the F3 and F4 Winter Series Champions receiving a set of brand new Hankook racing tires, Exclusive Racing will award the second new set of tires to the hardest charger over the four race program. With the cumulative positions gained from the start to the finish of each of the four races, the driver advancing forward the most will be named the Hankook Hard Charger and take home a new set of Hankook Tires.

Morgan continued, "We wanted to reward both the champion and another driver for their efforts, and we feel that this is a great way to do so. We would like to send our sincere thanks to Hankook for the products and support, and we look forward to blossoming this into a long-term relationship." 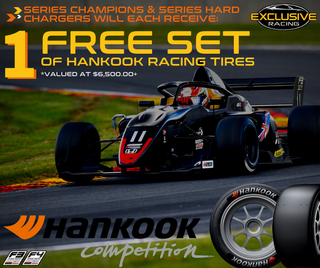 To register for the Exclusive Racing F3 and F4 Western Championship, please click HERE. Along with planning efforts and a superb racing series, Exclusive Racing has put together a tremendous registration package for the ten days of on track action. Special Winter Series Package pricing of $3995 is available for the ten-day race series. This includes registration for both race weekends at Fontana and Sonoma (including the Friday test days) and both test days at Buttonwillow.

The first event of 2020 will hit the track over the weekend of January 24th - 26th at the Auto Club Speedway in Fontana, California. From there, teams and drivers will travel north to Sonoma Raceway for rounds three and four on February 1st - 2nd in Wine Country and the beautiful Napa Valley but not before Exclusive Racing offers two test days at Buttonwillow Raceway on Tuesday and Wednesday between race weekends.