2020 EXCITEMENT BUILDS FOR LARGEST F4 CHAMPIONSHIP IN THE WORLD 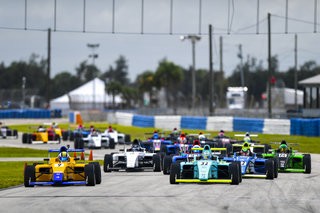 The popularity of the FIA-approved Formula 4 United States Championship Powered by Honda has taken the world by storm, exceeding the expectations of its partners and participants since its inaugural season in 2016.

The SCCA Pro Racing-sanctioned series has experienced several milestones over the last four seasons, including maintaining the largest F4 field in the world, averaging 31 Ligier JS F4 cars for the 17-race 2018 season, and smashing another world FIA F4 entry record with 38 drivers entering the sold-out Formula One United States Grand Prix weekend in 2019.

Supporting series like Trans Am, NASCAR and F1, F4 U.S. drivers competed in front of more than 350,000 race-day attendees this season. The excitement from 2019 has spilled over into the fifth year, as several drivers and teams have confirmed their 2020 season plans. 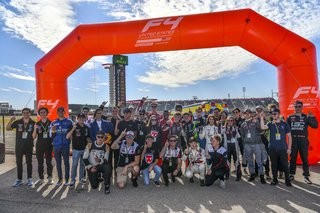 "The F4 United States Championship is the perfect entrance point for young drivers looking to gain experience in cars,” said F4 U.S. Race Director Scott Goodyear. “Our program assists teams in the education and development of their young drivers so they can gain valuable experience behind the wheel of a car and drive on the tracks where they'll continue competing throughout their career.

“When the Series first came to the United States in 2016, I entered my son, Michael, as I was impressed with the concept and the price point to enter car racing. Those values are still in place today as the popularity of the Series continues. We are seeing a record number of entries, including drivers from around the globe coming to compete in our Series."

“The format of ample practice time along with multiple races over a weekend helps drivers develop race craft skills, lending to our most competitive season to date," Goodyear, an 11-time Indianapolis 500 starter, continued, "W 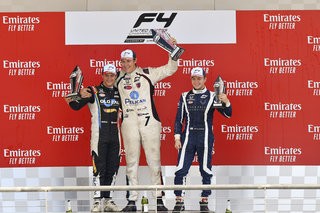 e are excited to work with another new crop of young drivers in 2020, watching them develop into competitive race car drivers."

First-year team Velocity Racing Development showed its commitment to F4 U.S. by signing two new drivers to its 2020 program before the 2019 season even concluded. The Atlanta-based squad confirmed rookies Hunter Yeany and Erik Evans as its first two drivers for next season, with the intentions of announcing more drivers to its expanding platform after the start of the new year.

"We have an intense off season of testing planned and these two drivers are a very big part of our program moving forward," explained Dan Mitchell. "Hunter has completed several shake-down test days and is eager to get started in 2020. Erik comes to the team with a lot of potential and has the drive to do well. He is very talented and can wheel a car pretty good. He will benefit from the increased track time this off season."

Evans comes from the karting ranks and has already completed a few test days at the Autobahn Country Club and Roebling Road with VRD. Showing poise throughout the test days and a decrease in lap times with each session, the youngster gained confidence and speed with each outing.

Yeany, too young to race F4 in 2019, has spent the year assisting the VRD program as a development driver. Shaking cars down before race weekends as well as completing a few on-track test days, the young driver is itching to begin his quest in his rookie season in 2020.

The Jay Howard Driver Development team (owned by former IndyCar driver Jay Howard) has remained a staple in the F4 U.S paddock since 2017, fielding six to seven cars most weekends. Just a few weeks after the losing of the 2019 season, JHDD also confirmed a set of drivers for 2020. Nolan Siegel and Christian Bogle will be joining the multi-tiered team full-time for the 2020 racing season.

After an extremely competitive outing with the team at Circuit of the Americas F4 U.S. Championship finale, Siegel will be making the most of gaining additional seat time by competing in the full schedule of events for 2020.

Siegel, who was one of the youngest competitors on the Road to Indy throughout the 2019 season, is excited to join the JHDD stable and further his development as much as possible throughout the course of next season.

“I am very happy to be joining Jay Howard Driver Development for the 2020,” commented Siegel. “After our successful weekend together in F4 at COTA, I am confident that we will be able to come away with solid finishes throughout the season. I can’t wait to jump in the car and try out the new colors!”

Having enjoyed a successful first full-season in the F4 U.S. Championship, Bogle will once again be competing in F4 U.S. Bogle, whose first year in open-wheel racing peaked with back-to-back victories at the COTA Formula 1 weekend, is looking to maintain his level of progression under the guidance of JHDD. 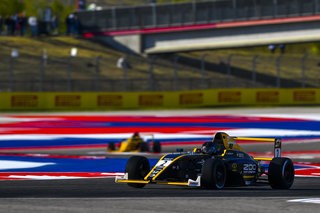 “It is fantastic to welcome Christian (Bogle) back to the team,” commented Howard. “He showed remarkable progression throughout this season, and we believe adding an Indy Lights testing program to the mix will continue to challenge and further his development.”

JHDD will also make additional driver announcements for the upcoming season as deals come together for 2020.

Bonilla, like Siegel, made an impressive F4 U.S. debut in November competing in the series finale during the United States Grand Prix weekend. Following his strong performance, Jensen Global Advisors crafted an extensive off-season development program for Bonilla with the objective to challenge for race wins and a championship in the 2020 season.

"F4 U.S. Championship is the race series where the best young race car driver prospects in America are competing, with a world record 38 drivers entered in the recent races at the United States Grand Prix,” said Bonilla. “I am very excited to prove myself as a top prospect competing full-time in the F4 US series next summer, which will ideally lead to opportunities to have a professional career as a race car driver long-term."

DEForce Racing was the latest team to announce a new driver for 2020, adding Canadian Nico Christodoulou under its banner. Like Yeany, Christodoulou has been developing his race craft behind the wheel of a Ligier JS F4 car, testing since he was just 12 years old.

“I am really excited to be racing with DEForce Racing in F4 U.S. in 2020,” said Christodoulou, who will be 15 years old at the start of the season. “I am hoping to bring home the championship in my rookie season and am grateful for the opportunity that 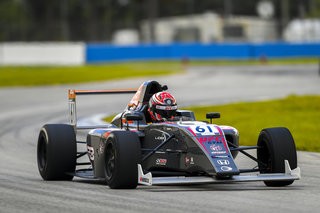 DEForce Racing has given me.”

Christodoulou, a nationally ranked karter, participated in F2000 and the NACAM Mexican F4 series last season in preparation for his national F4 U.S. debut in 2020.

“The 2020 F4 U.S. season is shaping up to be the most competitive season to date,” said Sydney Davis Yagel, General Manager of SCCA Pro Racing. “We are looking forward to announcing our schedule in the upcoming days and share the exciting new additions alongside some of our traditional stops. Our teams and drivers are working hard over the off-season to hone their skills, and our staff is working hard to give them the opportunity to do so. It’s going to be another great year of formula car racing with SCCA Pro Racing.”

For more information on the championship, drivers and teams, visit F4USChampionship.com.