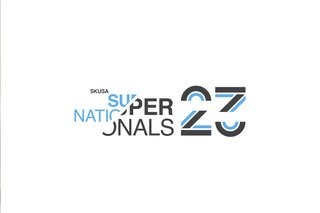 The Formula 4 United States Championship Powered by Honda is a youth-focused, cost-contained series serving as a building block to open-wheel racing for competitors taking that next step from karts to cars.

For karters searching for the next stage in their motorsport careers, an F4 U.S. booth will be featured inside of SuperKarts! USA SuperNationals 23 in Las Vegas Nov. 19-24. With entries exceeding 400 this season, SKUSA! Supernats is the largest single karting event in North America.

Karters and fans can visit the F4 booth daily starting Wednesday (Nov. 20) from 8 a.m.-4 p.m. PT. Throughout the five-day event, several F4 driver alumni will make appearances to answer any questions current karters have about the series from a drivers’ perspective. The drivers’ appearance schedule will be announced later on F4 U.S. social media and posted at the booth.

Several team owners will attend SuperNats, scouting drivers to solidify their 2020 rosters and handing out information about upcoming tests and season budgets.

For a closer look at the Ligier JS F4 chassis, the Exclusive MotorWorks and Doran Motorsports F4 U.S. cars will be on display. While visiting, enter the F4 merchandise prize package give-away. The winner will be announced on Sunday (Nov. 24). 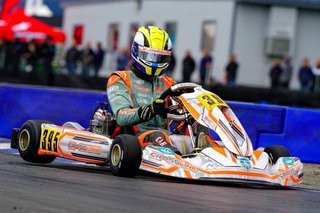 “Our SCCA Pro Team is very excited to showcase the F4 car at the SKUSA! Event this weekend in Las Vegas,” said F4 U.S. Race Director Scott Goodyear. “F4 is often the first step for young racers to transition into cars and we welcome the opportunity to introduce F4 racing to the SKUSA! drivers, parents and teams this weekend. The SKUSA! event draws the top kart racers from around the world and we have seen that drivers coming to our Series from karting have the skill set to compete at the front and win races. I will be following the event this weekend and look forward to working with the young talented drivers in F4.”

“I believe karting plays a major role in developing a driver in all aspects,” said 2019 F4 U.S. champion Car. “I raced karts for 10 years, and it definitely gives me natural speed and ability that I used in cars. I won the 2017 SuperNats and that race gave me the jumpstart for my single seater career, as that is where Patrick Flynn, owner of Crosslink Competition, spotted me.”