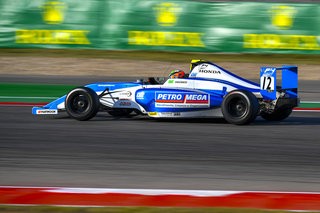 There was a lot of tension and expectation this weekend at the Formula 4 United States Championship Powered by Honda season finale at Circuit of The Americas, but the end of the 2019 end-of-season performance gave Brazilian runner-up Kiko Porto (Petromega / DEForce Racing / Speed Group) the first runner-up in the championship in his first full seaosn in single-seater cars.

Overcoming obstacles from Race 1 that left the Brazilian a DNF, a fifth place finish in Race 2 was enough to score the necessary points, which secured him second place in the final classification.

With Australian champion Joshua Car already clinching the title in the last round, Porto's only possibility was the fight for second place in the driver classification, in a direct dispute with American Christian Brooks, who entered the weekend in third. 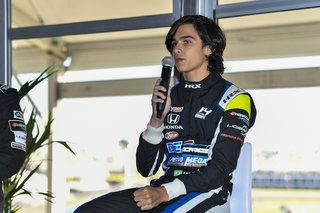 In Race 1, the Brazilian rider started in 8th and managed in a few laps, to reach the lead of the race, but eventually the driver of DEForce Racing No. 12 car had to abandon the race after an incident.

In Race 2, starting in 14th, Porto made a fantastic recovery and managed to cross the finish line in seventh, but with the penalty for two riders ahead of him, he finished 5th, scoring 10 points, enough to win the Vice Championship.

“That touch in race 1 almost put our year to waste, but in race 2 I managed to recover and score those points that gave me the runner-up. Since it was no longer possible to reach Joshua, my team and I wanted this position in the standings very badly. Thank God, my family for their support, I all cheer for me and my team, DEForce Racing, for their work all year long. May 2020 be even better. New plans are coming out, which I can soon reveal,” commented Kiko Porto, shortly after the test results in Austin.