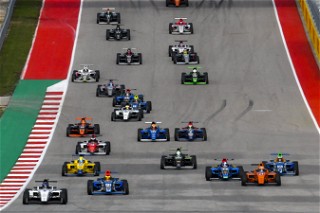 Smashing a single event F4 record at Circuit of The Americas, Formula 4 United States Championship Powered by Honda will max out the grid with nearly 40 racers lined up to take the green for the Formula One-style standing start during the United States Grand Prix.

All 37 Honda-powered Ligier JS F4 machines will be outfitted with THANK YOU CHARLIE decals in honor of Charlie Whiting. Whiting was instrumental in developing the F4 program and instituting F4 U.S. on the F1 USGP schedule in 2017. 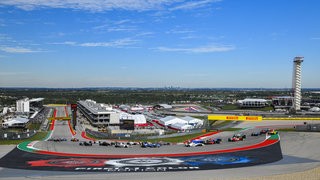 The F4 doubleheader finale takes place on the largest world-stage of the season at the Formula 1 United States Grand Prix at Circuit of the Americas Nov. 1-3. More than 300,000 fans are anticipated to fill the stands during the three-day event.

“We are looking forward to putting on a fantastic show for all the fans in Charlie Whiting’s memory,” said SCCA Pro Racing General Manager Sydney Davis Yagel.  “He left a lasting mark on the motorsports’ world as a whole, and we are thankful for his contribution to our F4 program.”

Two teams from the Formula Pro USA F4 Western Championships presented by Exclusive Racing will join the F4 U.S. paddock at COTA, bringing a fleet of cars to the legendary American circuit.

World Speed Motorsports is getting a jumpstart to its 2020 F4 U.S. season, fielding a three-car assault lead by multi-championship driver and Team USA Scholarship and W-Series candidate Courtney Crone of Corona, California, along with the 2018 F4 West Coast Winter Champion Kyle Loh of San Jose, California. Amanda Cartier of San Francisco, who ran limited F4 West Coast Championship races with the team this season, will fill the final spot, supporting the red, black and white colors of World Speed Motorsports.

In September, World Speed Motorsports announced that it will run a two-car effort for a full 2020 F4 U.S. campaign. 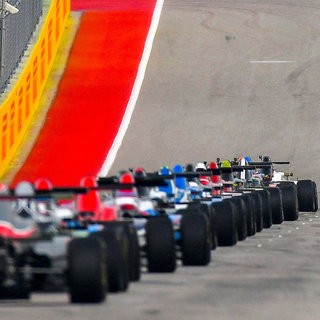 “This is a great opportunity for us to participate at the national level, in preparation for our 2020 plan to complete in the entire race schedule,” noted World Speed Team Owner Telo Stewart. “These drivers have been working hard toward this all season, and we are looking forward to providing them each with a great car for the event.”

"We are really excited to head to COTA and see how we stack up against all the other teams and drivers that have been running the entire series," explained Francois Doran. "We have one open seat for 2020 for the West Coast Championship and an additional seat for the East Coast. We are counting on a great showing in COTA to help fill those seats and provide increased momentum into next year."

Leading into the 2019 season finale, the championship podium is still undecided.

Crosslink/Kiwi Motorsport pilot Joshua Car of Sydney, Australia, clinched the 2019 F4 U.S. title three rounds early, but second and third places in the Championship are still up for grabs.

The standings are so tight going into final two rounds of the season, Francisco “Kiko” Porto of Pernambuco, Brazil, and Christian Brooks of Santa Clarita, California, are just points away from each other in a fight to claim second, while wild-cards Jose Blanco of San Juan, Puerto Rico, and Arthur Leist of Novo Hamburgo, Brazil, are very capable of sliding in to steal third place, respectively.

“With the championship already in my pocket, I can give it everything to win the races,” Car said. “There is no need to conserve, I can just go there to get the best possible result. It will be my last F4 race so I am keen to go out with a bang. I absolutely can’t wait to get on track at COTA.”

However, the new competition entered for the weekend poses a serious threat to the F4 U.S. drivers looking to clinch national titles. The F4 U.S. COTA roster is filled with national champions from various motorsport’s disciplines looking to challenge the front-runners for position and potentially even snag the valuable points that Porto, Brooks, Blanco and Leist need to advance in the championship. 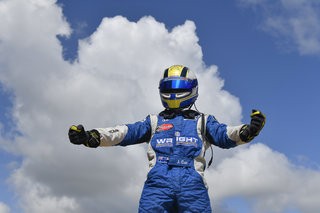 One of those drivers is the 2019 French F4 Championship third-place national winner Nicky Hays. Hays participated in two F4 U.S. events during his French F4 summer break, driving for DC Autosport with Cape Motorsports. The California-native placed on the podium two of his six races, scoring enough points during the select race weekends to enter the final F4 U.S. event 10th in the overall standings.

“I look forward to getting back in the F4 U.S. car at COTA,” said Hays. “My goal is to hit the track right where I left off in the summer, fighting for wins!”

Another newcomer to the finale field is also on the international FIA F4 ladder. Tommy Foster of Newquay, England, enters COTA as a multi-time karting champion, and a top-10 competitor in the talent-filled British F4 program. Foster also carries the high-honor endorsement of HSH Prince Albert II of Monaco on his helmet. Foster expanded Alliance Racing sponsored by Gas Monkey Energy’s roster, filling the team’s fifth seat for the weekend.

In addition to the international F4 drivers gunning for American glory and West Coast F4 drivers looking to make a name for themselves on the national level, returning competition, like Kory Enders, pose risk to the point leaders’ title chase.

Local Texas driver Enders enters the F1 weekend to defend his 2018 COTA USGP podium finish. Enders spent the 2019 season developing his road racing skills with DEForce Racing in Indy Pro 2000, finishing the season seventh overall. Eager to be back behind the wheel of his Ligier JS F4 DEForce Racing machine, Enders’ F4 homecoming is for one reason: To claim the top step on the famed COTA podium that he missed out on last season. 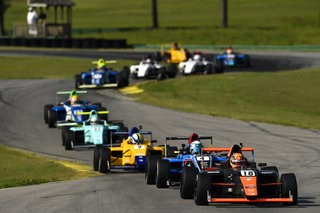 “I’m super excited to finally get back in the car at my home race here in Austin, Texas,” said Enders. “The team has been working so hard all season to make this car as fast as it is and I’m excited to finally reap the benefits. We came in third last year and I’m not settling for anything but a first-place finish this year.”

F4 U.S. points are calculated based on FIA rules and regulations. The top-10 drivers in each race are awarded points. At the end of the season, the top-seven drivers are presented FIA Super License points to aid in their racing career advancement to Formula 1. The F4 U.S. Championship was the first junior racing series in the United States to offer its competitors Super License points.

The massive F4 U.S. field grids up on Friday for an early morning practice followed by qualifying later that afternoon. Saturday morning drivers hit the 3.427-mile, 20-turn circuit for its first of two 25-minute (or 10 laps whichever comes first) races of the weekend. Later that day, the F4 U.S. drivers will host an autograph session (2:30-3:00 p.m. Central) in the support paddock at the series trailer. All ticket holders are invited, and the first 200 fans will receive a free commemorative poster. The season concludes Sunday morning with the last race of the season. Fans can follow LIVE Timing and Scoring and full results at F4USChampionship.com.