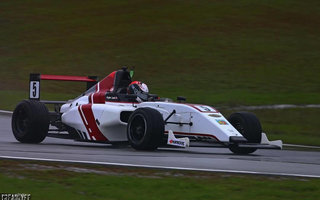 Formula One returns to Circuit of The Americas for a weekend-long celebration of speed and sound featuring electrifying performances from P!nk and Imagine Dragons. The action-packed weekend welcomes professional drivers and race fans from all over the world for an unforgettable weekend of adrenaline-pumping excitement.

World Speed Motorsports announced today that they will be racing at the legendary Circuit of The Americas with the Formula 4 United States Championship Powered by Honda in front of thousands of Formula One fans. Courtney Crone, Kyle Loh and Amanda Cartier will be competing on the same world stage as their Formula One heroes in the support race for the USGP Nov. 1-3.

“This is a great opportunity for us to participate at the national level, in preparation for our 2020 plan to complete in the entire race schedule,” noted World Speed Team Owner Telo Stewart. “These drivers have been working hard towards this all season, and we are looking forward to providing them each with a great car for the event.”

Crone is a VMB Driver Development Scholarship driver who has won multiple championships. She has also been a candidate in the Team USA Scholarship and W- Series. Loh is the 2018 F4 West Coast Championship Winter Champion, and also the 2019 SFR SCCA Regional F4 Champion. Cartier ran a limited 2019 F4 West Coast schedule this year and won Masters Class races at Sonoma Raceway and Laguna Seca.