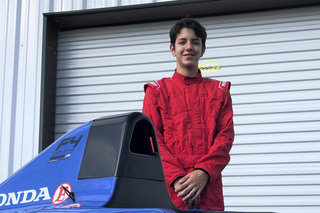 Molina has an impressive karting resume, which includes five consecutive Rotax championships in Mexico. The young Mexican driver won the 2019 Rotax DD2 championship, the 2017 and 2018 Rotax Junior championships, and also the 2015 and 2016 Rotax Mini Max championships.