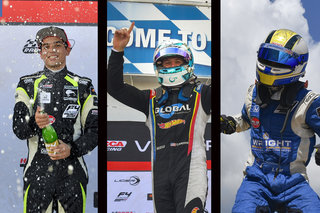 Close hard racing has been the hallmark of the F4 U.S. Championship since its inaugural season in 2016. While that is still true, this season unpredictable finishes, where any driver can make the podium, have set the tone for the 2019 season. In four of the five events, three different drivers were awarded victories, and last weekend at Sebring International Raceway was no different as drivers crossed the stripe with some of the closest margin of victories the series has ever seen. 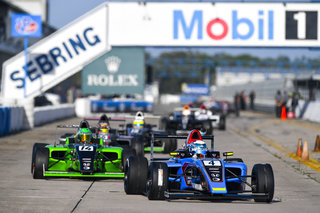 In the opening Sebring round, Puerto Rician Jose Blanco claimed his first win of the season. Jay Howard Driver Development rookie Christian Brooks scored his second win of the year in Race 2.  On his way to claim the $235,000 scholarship to progress onto the next step in the SCCA Pro Racing formula ladder, F3 Americas Championship Powered by Honda, Car capped off the weekend with his sixth win of the season.

“I can’t believe it,” said Australian-native Car as he jumped out of his sunshine yellow Ligier. “It feels so great to win the championship. I’ve put everything I had this year into this moment, and am so happy to have achieved it. My wonderful team Crosslink/Kiwi Motorsport deserves it as much as me for all the hard work they have done. I can’t wait to just push hard in the next races and drive on the limit.”

In Round 13, Blanco started on pole for the first time this season after clocking a time of 2:13.641 around the famously bumpy 3.74-mile Sebring circuit. DEForce Racing standout Kiko Porto started off pole in second. Car lead point on Row 2 shared by Guilherme Peixoto while Arthur Leist and DC Autosport with Cape Motorsports’ newest driver Reece Gold lined up in Row 3.

As soon as the light sequence switched to black, Blanco was hot off  the line but his pace quickly came to a halt. The No. 99 gmaxcorp / XYZ Talents car of Peixoto stalled on the line during the F1-style standing start, requiring safety crew support. Car got the jump on the restart, overtaking Blanco exiting Turn 1. The two Crosslink/Kiwi teammates diced for position, but in the end Blanco slid into the inside of Car on Turn 3 to take the win and the fastest lap of the session. Car settled for second, finishing just half a second behind Blanco, and Porto finished in third, his seventh podium of the season. 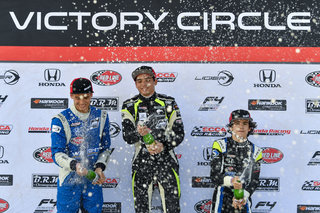 Brooks and Leist completed the top-five. After recovering from a mid-race spin, Gold finished sixth, the highest of any of the six series newcomers, with Chandler Horton in seventh and Dylan Tavella in eighth. James Goughary Jr. returned to the Primus Racing Team lineup for the first time this season to take ninth in his season debut, and Christian Bogle rounded out the top-10.

Finishing just outside of points, Aidan Yoder and Zoey Edenholm weaved through traffic to make up seven positions each, the most of anyone in the field.

“It was a very exciting race,” said Blanco. “There was a lot of action. Josh (Car) and I had a great battle. I never gave up, I maintained my cool knowing that my chance would come. I was patiently waiting for my moment. I got a good run out of Turn 1, passed him in Turn 3, then it was smooth sailing after that and we managed to get the win.”

Before Race 2 on Saturday, heavy rains saturated parts of the 17-turn track, creating uneven racing conditions. The full 26-car field started on Hankook slick tires with sunny skies setting the stage for the start. Blanco started on point with Car starting off pole. Porto and Leist lined up in Row 2 with Brooks and Gold in Row 3.

Car immediately challenged Blanco on the start. The pair went two-wide, tussling into nearly every turn until Blanco finally held off the hungry Australian driver to keep the lead.

Soon after the session went green, sunny skies rapidly turned overcast with rain clouds moving in. Rain fall added an extra layer of difficulty to the already technical and bumpy Sebring raceway, causing a couple back-to-back yellows to group up the cars. 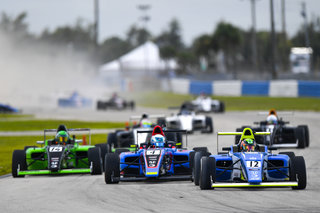 Excelling at wet-weather conditions, Brooks made up three positions on the restart, charging from fourth to first. Using his Rally Cross skills, Brooks glided around the corners, defending Blanco until the Crosslink/Kiwi driver finally caught Brooks off guard. Entering into the Hairpin, Blanco made a pass on the inside. However, the No. 32 Art-Draft Authority machine took the turn too wide, allowing just enough space for Brooks to recapture the lead.

“This race was just crazy,” Tavella said. “The rain conditions going from dry to wet when everyone was on slicks, was so much fun and went to show who’s the best driver.”

With rains ramping up, the session was abbreviated, finishing under full course yellow as a safety precaution. Brooks claimed his second win of the season, with Blanco finishing second and Tavella securing his first podium of the season. 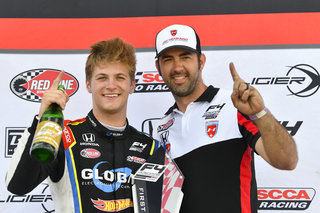 Car and Goughary rounded out the top-five with Horton in sixth and Porto in seventh. Charging from a last place start after a mechanical issue ended his Race 1 prematurely, Peixoto finished the round in points-paying position in eighth. Bogle and Yoder completed the top-10.

“You never really know how things are going to turn out in the rain,” Brooks said. “It’s always sketchy being the first one to test the conditions. I was definitely being cautious trying not to make any big mistakes, but still sliding a lot. It was difficult having Jose (Blanco) on my tail. It’s not easy pushing as hard as you can. For sure we were happy with getting that restart and taking the win.”

The F4 U.S. drivers delivered a spectacular weekend finale, with some of the tightest racing and closest finishes that the championship has ever witnessed. Storming from a fourth-place start, Brooks completed calculated passes in non-traditional areas to take the point before the first lap. In close pursuit, Car stuck to the Jay Howard Driver Development rookie’s gearbox waiting for the perfect passing opportunity. Side-by-side, wheels locked together, Car edged out Brooks for first on Lap 3. Car never relinquished the lead, stamping the victory with more than a four-second lead and the 2019 championship in hand.

Brewing in Car’s mirrors was a dog-fight to the finish line. Racing around turns, speeding down the straights, the podium order was a photo finish as the trio of Porto, Blanco and Peixoto crossed the line three-wide. Porto was awarded with second. Blanco seized third while nursing a broken front wing.  Peixoto missed the podium by three one thousandths of a second.

Second through sixth-place were separated by less than half a second. 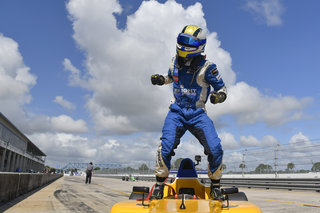 “It was a really good race for us after starting sixth,” Porto said. “The last two laps were the most difficult, trying to hold off Jose (Blanco), Gui (Peixoto) and (Christian) Brooks behind me. We carried a lot of speed through the turns and on the straight to finish second. I am happy with the results.”

With 25 total passes for position, Peixoto was awarded the Sabelt Hard Charger.

“I did my best to carry my speed through to the straights to make the passes,” Peixoto said. “After not stating the first race on Saturday, we went into recovery mode in Race 2. In Race 3 we started in 11th to finish fourth. We are happy with the results.” 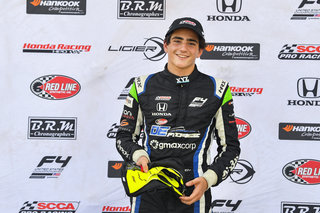 The next stop for the F4 U.S. Championship is Circuit of the Americas, supporting Formula 1 in the United States Grand Prix Nov. 1-3. For full results, race photos and post-race videos, visit F4USChampionship.com.