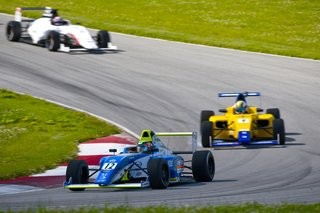 In another triple round weekend for the of Formula 4 United States Championship Powered by Honda at Pittsburgh International Race Complex, Brazilian Kiko Porto (Petromega / BF / DEForce Racing / Speed ​​Group) continued the fight for the drivers' championship, once again showing all his talent on an American circuit. After securing a place in the front row in qualifying, Porto went on to win the second race of the weekend along with securing two more good results to continue the title fight. 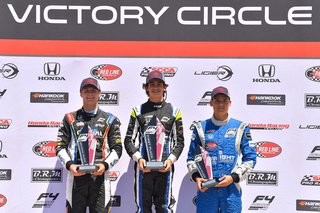 Porto secured the second best time in qualifying, placing Porto in the front row for the first race of the weekend. Leaving the dirty part of the track, the DEForce pilot ended up losing position, crossing the finish line in the fourth place. Rebounding from the first round at PITT Race, Porto secured first place and his second win in the category this year.

In Race 3, Porto had the chance to get on the podium, when he took second place in the race, but as his tires started to fade, Porto fell to fifth.

"I and the team DEForce fought hard to find the ideal setup for this track, but it was tricky to stay ahead in two of three races. But what matters is that we've got a win and we're still in contention", said Porto.

The next commitment for the F4 U.S. Championship driver will be at Virginia International Raceway July 26-29.