Reigning F4 U.S. Champion Dakota Dickerson announced today that he will compete with Global Racing Group in the F3 Americas Championship Powered by Honda this season.

Bringing the Formula 4 United States Championship Powered by Honda scholarship valued at $230,000, Dickerson is excited to get the season started.

“First and foremost, I have to thank all of the series partners for their support in getting me to this point. Without Honda/HPD, Ligier Automotive, Phillips 66, Hankook Tire and SCCA Pro Racing and all their partners, I wouldn’t have the opportunity to contest the F3 Americas Championship," the reigning F4 U.S. champion said. "Likewise, I have to thank Don Conner and all of the guys at DC Autosport with Cape Motorsports for the tremendous effort that they put into our 2018 F4 US Championship winning campaign and the continued support that they still give me. They significantly helped mold me as a driver and I look forward to seeing them at the track during the 2019 event weekends. Looking ahead to this season, I am very excited to run with Global Racing Group. They were fierce competitors last year in F4 and as the 2018 vice champions of the F3 Americas Championship, I know they have the right people and processes in place for us to grab another championship. I have some great teammates and I know the competition will be fierce, but I feel more ready than ever to hit the track at Barber Motorsports Park.”

With recent announcements of returning drivers Baltazar Leguizamon and Blake Upton, along with newcomer James Roe Jr. signing on with Global Racing Group, this completes the team’s four-car line-up for the F3 Americas 2019 season. 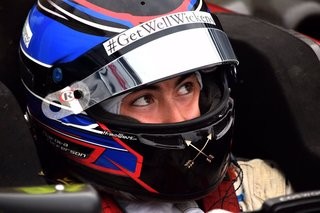 Team principal Christian Pedersen was elated to have Dickerson join the Seattle-based team.

“Over the years, Dakota has shown tremendous pace and a level of professionalism that is very admirable, and we are very excited to have him join Global Racing Group for the 2019 F3 Americas campaign,” said Pedersen. “Dakota’s attitude on and off the track serves as a role-model for many drivers and we know he’ll fit very well in our team where we emphasize these qualities. Building experience, leadership and collaboration skills are key to our program, and Dakota will only help enforce and strengthen that further.”

The upcoming season looks promising as many talented drivers are getting ready to take the green flag when the F3 Americas Championship debuts April 5-7 at Barber Motorsports Park during the Honda Indy Grand Prix of Alabama.

The San Diego native looks forward to hopping into his Honda powered No. 72 Ligier JS F3 car which is being provided to Dickerson by the respective parties for winning the F4 United States Championship, and welcoming once again his returning Texas supporters RoxBalden, Stress Engineering, and Belterra Eyecare.