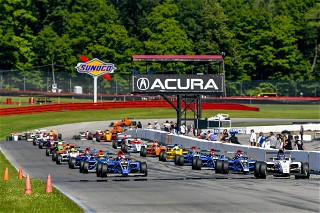 Teams shake up rosters for next to last race of season, adding several new drivers to the field

Among the 33 entries are new and familiar faces like consecutive two-time SCCA National Champion James (Jim) Goughary Jr. of Jupiter, Florida, who returns to the F4 U.S. roster under Primus Racing Group for the second time this season. Goughary is one of the most decorated competitors in F4 U.S. history, scoring 12 top-10 finishes, six top-five finishes and three podiums which included a win at NJMP during his F4 career.

“We are really happy to have Jim back this weekend,” said Primus Racing Team Principal Derich Cutshaw. “New Jersey has always been one of his better circuits and was the home of our first, second finish in 2016. We have a lot of good memories here, so we are really excited to get going this weekend.”

For the first time this season, driving the No. 55 white, blue and neon green MB Sugarland car, Kory Enders of Warwick, New York, suits back up for DEForce Racing. Enders competed in the second half of the 2017 season for the Texas-based team, earning three top-10 finishes. The New York-native will finish the season with the DEForce, expanding it to a three-car squad. 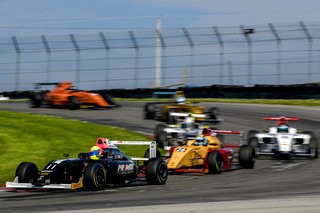 “It’s been long overdue to finally be able to add David to our lineup” stated Group-A Racing Team Manager Jonathan Scarallo. “I have known David for about four years now and he has been working really hard to get back in a car. We are happy to finally have him, especially at his home race. He has been out competition for two years so will have some rust to knock off, but luckily the F4 U.S. Championship provides a lot of track time during its events to help him come back up to speed.”

Single-car teams Skip Barber Momentum F4 and Team BENIK will debut new drivers at NJMP, increasing their entries to two cars a piece. Sabre Cook of Grand Junction, Colorado, confirmed she will run the white, blue and orange colors of TEAM BENIK for the final two events. While Cook is a newcomer to F4, she has a broad range of motorsport experience, including karting, Formula Enterprises, Spec Racer Ford and USF2000.

"To say I am excited is the very least," expressed Cook. "No matter where I am in the racing world, I always follow my fellow competitors and keep up on different series of competition. The F4 program in the United States has grown to some of the biggest open wheel fields in the country and the diversity of the winning teams and drivers show how challenging the program is." 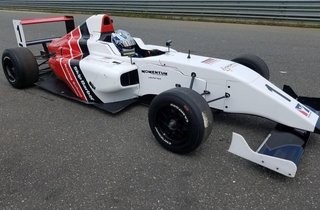 “We are looking forward to our home track event this weekend in New Jersey," explained Skip Barber Momentum F4 Owner Phil Picard. "Coming off a points’ scoring event at the most recent round with Kent Vaccaro, the momentum is on the upward trend, which is a positive sign for our program. Also, I would like to personally extend a warm welcome to Skip Barber alumnus and new Momentum Motorsports driver for this weekend, William Lambros.”

Jay Howard Driver Development team principal Jay Howard also promoted Daniel Berry of Jackson, Mississippi, from his JHDD karting program to pilot the No. 3 CSU One Cure Lucas Oil car. Berry has worked with his IndyCar mentor since 2015 and has spent several days behind the wheel of the F4 car before making the jump from karts to cars.

“I am really excited to finally have the opportunity to race in this great series at New Jersey,” said Berry. “God has truly opened several doors to make this possible and I can’t thank Him enough. Definitely going to push and see if we can’t score some points for the JHDD team to close the gap in the team standings.” 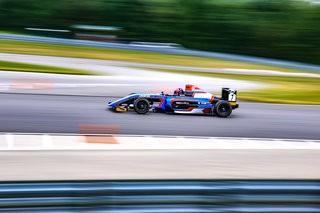 The 2018 championship winner receives a scholarship to enter the new F3 Americas Championship and an invitation to the Formula 1 Prize Giving Ceremony in Europe. The top-seven drivers receive FIA Super License Points to aid in their racing career advancement. The F4 U.S. Championship is one of the only junior racing series in the United States to offer its competitors Super License Points.

The drivers will participate in a promoter test session Friday morning with official practices beginning Friday afternoon. Qualifying starts Saturday morning with Race 1 held in the afternoon. The weekend commences on Sunday with the final two races of the weekend. For official race times and live timing and scoring, visit F4USChampionship.com.