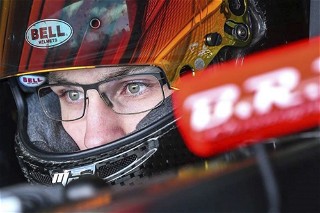 Group-A Racing will return to a three-car line-up at New Jersey Motorsports Park for the penultimate Formula 4 United States Championship Powered by Honda event Sept. 14-16 with the addition of its newest driver, New Jersey-native David Porcelli. Porcelli joins the New York-based squad to compete in his home state after a two-year hiatus from racing.

“It’s been long overdue to finally be able to add David to our lineup” stated Group-A Racing Team Manager Jonathan Scarallo. “I have known David for about four years now and he has been working really hard to get back in a car. We are happy to finally have him, especially at his home race. He has been out competition for two years so will have some rust to knock off, but luckily the F4 U.S. Championship provides a lot of track time during its events to help him come back up to speed.”

Starting at age 21, Porcelli got a later start than most to his racing career. After enrolling in the Skip Barber Racing School he entered its annual IndyCar Academy Shootout finishing as the runner-up. The outstanding result gave him a scholarship to compete in the race series. In his rookie year, Porcelli earned two wins and 12 podium finishes in his 21 starts, finishing sixth in the championship.

Following a successful debut season, he made the big jump to Europe, campaigning in the ultra-competitive Formula Renault under a limited program. Lack of funding cut his time short after the third event at the Monaco Grand Prix. Since then Porcelli has been fundraising to get back in a car.

“It’s been a long time since I’ve been in the car,” said Porcelli. “Ever since my European Formula Renault partial program, I have been working to get back on track. I’ve expanded my network to establish a strong message with each race I can participate in. I have pursued my off-track training and strength conditioning now more than ever. It hasn’t been an easy road. What has made this journey worth it is the constant contact and assistance from people like Jonathan Scarallo at Group-A-Racing and Kelly Jones at Racecraft 1. They both help ensure that I continue to develop my skills. I am fully prepared and I am excited to see the results that I will yield, especially in my home state.”

Last time the veteran F4 team entered three cars was to add 15-year-old Sam Paley of Cincinnati for a two-race program at Road Atlanta and Mid-Ohio Sports Car Course, resulting in a points-scoring weekend for the teenager in his home state.

Group-A Racing currently has one seat available for the season finale at Circuit of the Americas during the Formula 1 United States Grand Prix. It has also started to schedule off-season tests with various different competitors. Drivers interested in test and race opportunities contact the team via 631-974-4379 or info@GroupARacingTeam.com.