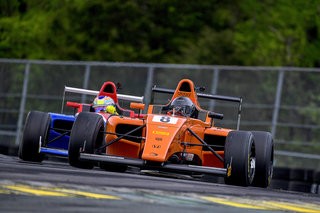 The Formula 4 United States Championship Powered by Honda entry list for the Andy Scriven Memorial Race weekend at Virginia International Raceway is the most diverse yet, representing several states, multiple countries and for the first time ever, different genders.

Thursday marked another historical moment for F4 U.S., as its first female competitor Angela Durazo of Los Angeles rolled out onto the 17-turn, 3.27-mile track for the first promoter test day 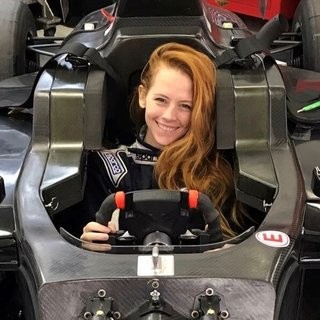 of the season. Durazo, who works as an actress when she’s not behind the wheel of her striking, bright orange SetPoint Medical F4 U.S. machine, was not intimidated by the large 36-car male-dominated field.

“It was absolutely the most amazing experience that I’ve ever had in my life,” said the Global Racing Group pilot after completing her first practice session. “I am out there competing as a race car driver. The car doesn’t know my gender. The other drivers respect me as an athlete, treating me as their equal on the track. That is one reason I like competing in the F4 series so much.”

This isn’t the first time Durazo overcame adversity in her career. Before acting and driving race cars, Durazo competed as a triathlete. Two years into her triathlon career, she was diagnosed with the autoimmune disease rheumatoid arthritis (RA), a chronic, progressively disabling autoimmune disease that affects the muscles, tendons and internal organs, in addition to the joints. Durazo went from an aspiring professional triathlete to being unable to walk or open a water bottle without assistance.

After withstanding months of rehabilitation to regain motion, Durazo returned to competing in triathlons in 2013, qualifying as a USA Triathlon All American which nationally recognizes the top 10 percent of triathletes in each age group. Soon after, Durazo began racing professionally in the 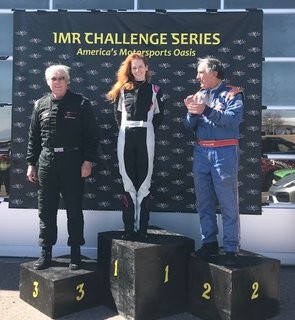 physically challenged PC PT4 division, due to the permanent loss of mobility she sustained in her shoulders and hands. At the end of her first season in PT4, Durazo’s condition forced her into early retirement.She then underwent multiple shoulder surgeries and knee surgery, followed by months of more rehabilitation.

However, after years of successfully managing her condition, Durazo reemerged in the sports world after discovering her passion for motorsport at a local indoor karting facility. Her need for speed lead her to formula racing.

“When I sat in the formula car for the first time, I felt at home,” Durazo said. “I was attracted to formula cars because of the unbridled nature of the cars. There’s an acoustic feel to these cars which wholly captivates my heart. I’m very grateful to develop my driving with Global Racing Group.”

Since October 2017, Durazo has prepared for her maiden F4 U.S. event by sticking to an intense training program complete with hours of testing and modest competitions on the west coast with FMO Racing and Global Racing Group. This weekend will be the largest field she, and most of 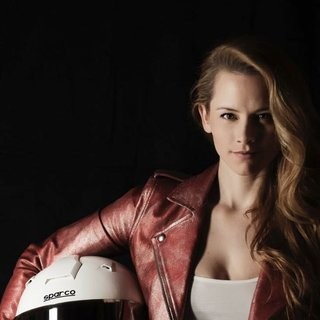 the F4 U.S. drivers, have ever raced in.

“I am truly blessed to be in this position, representing women in motorsports,” Durazo said. “I am proud of my role in inspiring young women and girls to show them that they can reach their dreams if they don’t give up. Being the first female in F4, is not my record to break, this is a record for F4 and many other women who follow in their own footsteps.”

The F4 U.S. drivers will participate in two official practices on Friday with qualifying and the opening round of the Andy Scriven Memorial Race weekend on Saturday. The event wraps up with two races on Sunday.