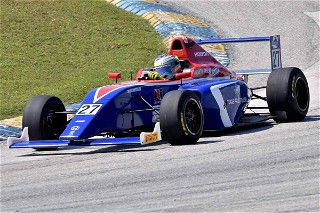 Last month, 33 drivers on 13 teams competed in the Formula 4 United States Championship Powered by Honda season two debut at Homestead-Miami Speedway. While multiple-car teams still dominated the paddock, new single-car teams are pressuring them on the track and in the Championship points race.

Austin Kaszuba Racing (AK Racing) experienced the most gains as a single-car team at Homestead-Miami. After the red, white and blue Texas Pride Trailers No. 27 car wrapped-up the first event weekend with a podium and two top-10 finishes, the Texas-based team tied for fourth in points with four-car team Cape Motorsports.

“Our team is pretty special,” AK Racing crew chief and former IndyCar mechanic Gill Kaszuba said. “We are just a three-member team with a lot of passion and experience. It was so satisfying to come away with second place in Race 3 and two additional top-10 finishes in Homestead. We are confident that we can continue this success throughout the season. Our team couldn’t be more thankful for our sponsors Texas Pride Trailers, Gunk and Liquid Wrench for giving us this opportunity to compete.”

“While winning is always our goal,” said Gill Kaszuba, “getting to spend quality time with my son doing something we both love is in itself been the best prize in this adventure.”

Single-car teams Crosslink Racing and Kiwi Motorsport are also forces to recognize this season. Crosslink Racing is 10th in the team standings after its South African driver Jordan Sherratt passed 23 cars in Race 1 to finish P7, earning the team six points. Kiwi Motorsport finished its F4 U.S. debut event with a triple round of 12th place finishes. While only the top-10 cars in each race score points, the New Zealand team is confident heading into Event 2 that it will pull forward in standings.

Team Championship points are calculated from the teams’ top-two drivers’ standings from each individual race. In case of a tie, the team with the most race wins will be awarded the higher position. 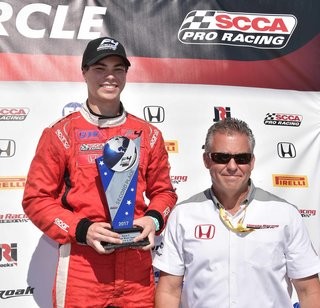