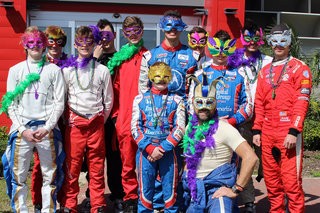 The second season of the Formula 4 United States Championship Powered by Honda kicked-off in The Big Easy during Mardi Gras weekend at NOLA Motorsports Park in Avondale, Louisiana, Feb. 25-26 for the first of two official series tests. Eighteen drivers on six teams, eleven of whom were series rookies, participated in the SCCA Pro Racing sanctioned event.

“It was really encouraging to see the turn-out for the NOLA test,” said SCCA Pro Racing Vice President Steve Oseth. “There were a lot of new drivers who got valuable seat-time before the season starts at Homestead-Miami Speedway April 8-9. With returning veterans and talented rookies, this season will be extremely competitive.”

Mathias Soler-Obel of Bogota, Colombia, was the newest rookie to join the F4 U.S. Championship grid running under Cape Motorsports. Soler-Obel joins the squad for the 2017 campaign, coming off a strong season that saw him win the Lucas Oil School of Racing Formula Race Series championship in its inaugural season. 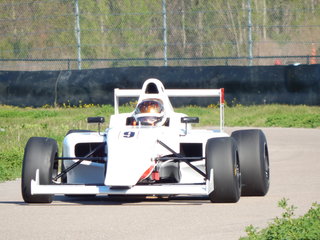 “As a team, we are really excited to have Mathias onboard for the season,” said Dominic Cape, co-owner of Cape Motorsports. “The two-day test we just completed went really well and we're all looking forward to see him in action.”

The Colombian native who now resides in Atlanta, Georgia, spent his development years winning karting championships throughout the world.

“I’m really happy to start working with Cape Motorsports in the F4 U.S. Championship,” Soler-Obel said ahead of continued testing with the team. “I’m looking forward to great results with the team!”

The Cape Motorsports’ test grid also included F4 U.S. Championship veteran Steve Bamford of Toronto, who signed with the team in January. Series veteran Kyle Kirkwood of Jupiter, Florida, tested with the team in NOLA, but his seat for the season has not been confirmed.

Contending F4 U.S. championship team JDX Racing did not attend the test. The team spent the time finalizing its 2017 F4 U.S. line-up. Inaugural F4 U.S. teams Primus Racing, Global Racing Group and Group-A Racing were also not able to attend due to scheduling conflicts. However, the three teams will participate in the 2017 F4 U.S. season with multiple entries.

Fans can visit F4USChampionship.com for a full trackside report and weekend entry list for the NOLA Motorsports Park test weekend.