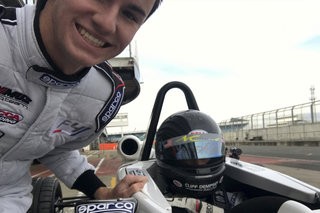 The young Floridian experienced wet and dry conditions during his three days of preparation for the event.

“The past few days have been great,” said Kirkwood. “The track is amazing to drive on and I can’t wait to start racing on it tomorrow! Day one of practice we completed well over 120 laps with only 17 cars on track with us, which was a nice change from all the traffic in Brands Hatch. Yesterday (day two) was good and today was exactly what we wanted. We knew we had everything right for the dry but had no idea with wet conditions. Luckily, the track was wet for both of my sessions, so now we’re sure we have both wet and dry conditions down well.”

The weekend will begin with qualifying and no fewer than six Heat races on Saturday, with the Grand Final set for 3:00 p.m. local time on Sunday. Fans can follow Kirkwood’s live timing and scoring at Livetiming.raceresults.nu/mst or follow his event blog at TeamUSAScholarship.org. 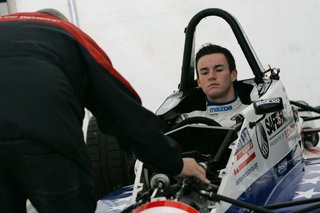