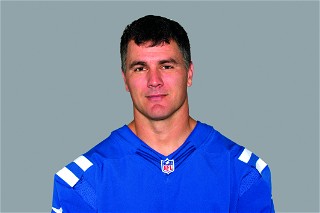 As the new Formula 4 United States Championship powered by Honda roars to the starting line, Indianapolis Colts kicker Adam Vinatieri is using his experience as an NFL veteran to help young drivers with focus and mental preparation.

Vinatieri, who along with Scott Goodyear and Jack Miller, is an owner of GMV Motorsports, will compete in the inaugural season of the F4 U.S. Championship.

The opportunity offers Vinatieri the chance to combine his passion for motorsports with his experience as one of the most clutch kickers in NFL history.

“Being in the National Football League for 20 years, I can help these drivers with preparation,” Vinatieri said. “An athlete’s preparation transcends football or racing. It’s about focusing in and getting ready for the job ahead.”

A four-time Super Bowl champion, Vinatieri’s role at GMV Motorsports is preparing athletes for high-pressure situations like qualifying and racing.

“I just want to help in any way that I can,” Vinatieri said. “I love being around the sport. It’s fun for me but I want to be in the garage. I have one-one millionth of the racing knowledge that Miller and Goodyear have. I shouldn’t have any technical responsibility. That’s not my expertise.”

Goodyear, a five-time IndyCar winner, and Miller, a three-time Indianapolis 500 starter, appreciate having their long-time friend Vinatieri round out their heavily experienced team.

“Adam saw the same drive and passion in my son Jack when he started racing that he found in himself when he was coming up in the football world,” Miller said. “That’s why he wanted to get involved. He told me he can’t wait to be in the pits for my son’s first Indy 500 run.”

Miller’s son, Jack William Miller, will be using this season as testing and training to compete in the 2017 F4 U.S Championship.