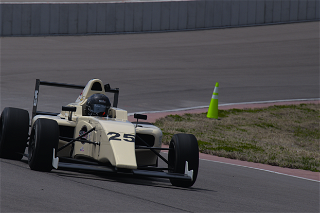 June 17, 2022 - We are happy to announce that Jacob Bolen will be competing in the remainder of the 2022 F4 U.S. Championship season with IGY6 Motorsports. He will be piloting the #25 Honda HPD powered Ligier JS F4 car at Mid-Ohio Sports Car Course June 23-26 and the rest of the race weekends.

“The team has been busy prepping the car for our next race at Mid-Ohio,” said Jacob Bolen. “I have also been busy putting in the work to prepare myself by going to the gym and putting seat time in on the sim. We are really looking forward to competing in the F4 U.S. Championship and hope to have a strong performance next weekend. Can’t wait to get back on the track and showcase all the effort we’ve been putting in.”

Jacob has an experienced background in karting, having won multiple races over the span of three years with a 78% podium chance and 50% of his podiums being first place.

We have been working with Jacob since the beginning of this race season in April and we have watched him develop further as a driver. We are happy to see him transition over to the F4 U.S.

Championship. He is also bringing his main sponsor Indian Creek CBD with him into his F4 U.S. campaign. The entire IGY6 Motorsports team is excited to have Jacob pilot the #25 IGY6 Motorsports F4 car on the race track. We are looking forward to Mid-Ohio and hope to set in some good results!