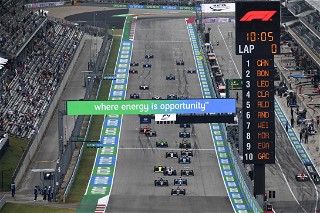 AUSTIN, Texas (October 24, 2021) – Noel Leon has been named the 2021 Driver Champion for Formula 4 United States Championship Powered by Honda (F4 U.S.) following two days of racing at Circuit of The Americas (COTA) in Austin, Texas. Meanwhile, Nico Christodoulou, who entered the weekend with a chance at the championship but was mathematically eliminated following a sixth-place finish yesterday, redeemed himself earning the win in F4 U.S.’s second and final race of the weekend on Sunday morning.

Logging the quickest lap of yesterday’s race, Christodoulou started from the pole position in Race 2. With a solid start on his Hankook tires, he maintained the lead from lights out all the way to the checkered flag. Leon was third when the lights went out, but he quickly overtook the second position and never looked back. Mac Clark, who was also vying for the championship, started fourth and settled into the third position by lap 2. The caution flag waved for an incident with the No. 31 of Christian Weir, who finished third in yesterday’s Race 1. The clock ran out before the race was able to restart, and the field took the yellow & checkered flag after 8 laps.

The race marked Christodoulou’s second win of the 2021 season, also taking the checkered flag in Round 6 at Road America in May. With the victory, Christodoulou was named the winner of the “Omologato Perfectly Timed Move of the Race” award, earning him a bespoke timepiece from Omologato engraved with F4 U.S. branding.

Leon, a 16-year-old native of Monterrey, Mexico, joined F4 U.S. this season as a rookie after winning the 2020 NACAM F4 championship. He earned his first F4 U.S. win during the first race weekend of the season at Road Atlanta, followed by a pole position at Road America in May and another race win at Mid-Ohio Sports Car Course in June. With consistency as a key to his championship run, Leon earned points in more races than any of his competitors during the 2021 season, acquiring points in 14 of the 17 rounds.

“The race weekend went just as planned,” said Leon, driver of the No. 19 DEForce Racing Ligier JS F4. “We had a really conservative weekend. We didn’t need to win the race, we were just out to gather points and that’s what we did. It’s been a hard year [in F4 U.S. competition]. There’s a lot of talent in the field, so there were a lot of race winners—[Jason] Adler, Nico [Christodoulou}, Mac [Clark]—it wasn’t easy to win races.  It was more about consistency.”

With the championship, Leon also earned a scholarship to compete in the Formula Regional Americas Championship Powered by Honda (FR Americas) for the 2022 race season.

For the full run-down and final results, visit:  https://www.f4uschampionship.com/pages/2021-formula-1-aramco-united-states-grand-prix-results