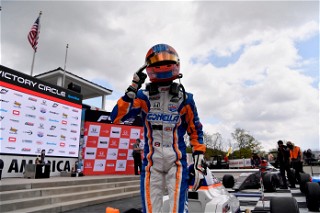 In a race full of action, pole starter Mac Clark took the checkered flag at Road America in the opening round of Formula 4 United States Championship Powered by Honda on Sunday morning. The victory is a first for the Gonella Racing rookie.

"It's just an amazing feeling to get the No. 26 Gonella Racing machine on the podium," said Clark. "As a new driver on a new team coming into the series, it feels great to finally get our first win. We are looking forward to continue this momentum."

On Lap 1, Louka St-Jean, Jake Bonilla and Nick Persing tangled at the exit of Turn 6 bringing out the first Safety Car.  On the restart, lap-leaders Jason Alder and Bijoy Garg were involved in an incident with Arias Deukmedjian in Canada Corner, where Canadian Clark took the lead before the final Full Course Yellow was displayed.

Due to extensive clean up the race finished under yellow. 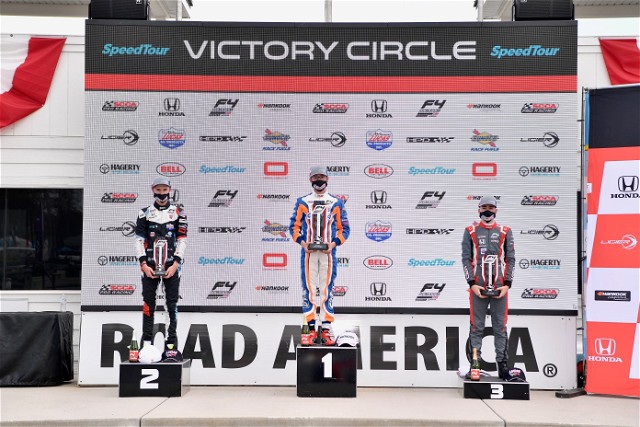